My squint surgery journey. Getting my eye back on the straight and narrow and finally showing my face in front of the camera!

One week ago I was just getting to the end of a two hour stint in the operating theatre having squint surgery.

Having been to my doctor almost a year ago I was finally getting what I had always wanted, a 'new' eye! I hadn't told many people about my surgery, just a few family members and a few close friends. I wanted it to be a surprise but was also panicking over the possibility that there would be no change in the way I looked at all.

After a year of tests, seeing my consultant, more tests, rearranged appointments and one cancelled op date I was sat in day surgery awaiting my turn. I was excited and also hadn't really fully thought about the whole healing process! 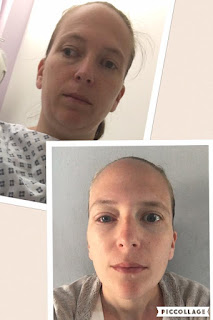 Before and after surgery. After was about Day 4 post op.


Having shared my story on my blog previously, read my story here; My, Myself and My (lazy) eye! and also talking to a lovely lady online about her surgery I felt motivated to go and ask my GP about the possibility of operating to correct my squint.

I had first had squint surgery when I was around four years of age, my consultant told me this was to correct an inward pull on both eyes. Over recent years my right eye has deviated outwards and I hated it. I didn't want photographs taken of me, I hid away or at least made sure that I looked from a certain angle that made my eye look bearable in a photo but that required effort and so there were never many photos of me on show. Selfies were a definite no no but didn't stop people from asking every now and again but they never worked out!

So I decided surgery was the way to go. I was worried I would turn up and they would say there was nothing they could do. Or we would get to surgery day and I would wake up and it was still the same. As surgery day approached I felt nervous but excited too. The day has arrived and I was getting my 'new' eye. 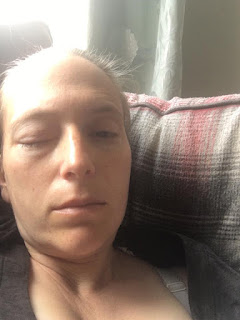 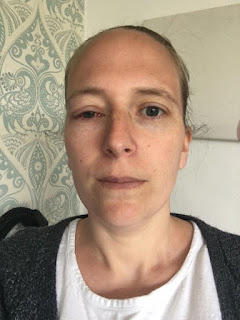 Surgery took around 2 hours and I was lucky to be one of the first down to theatre. A fete they had performed the initial lot of surgery I was woken up and taken back into theatre where they took to adjusting the sutures in my eye to make sure they had straightened my eye as much as they could. These were then tied off. Not the greatest experience I have had seeing a surgeon coming at your eye with some surgical tools to tie off sutures! Only a couple of friends have asked about the actual procedure and I delighted in telling them all about being awake whilst they sutured my eye, however I wasn't feeling quite so brave on the day and during the recovery process from it all!! 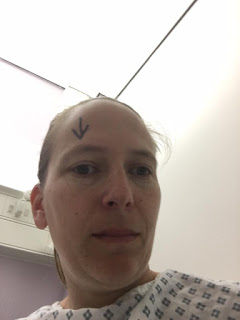 Feeling not so glam, pre surgery. Slightly concerned that they had to mark my right eye to make sure they got the correct one, there was no mistaking which one was wonky!!


As I left the hospital, apart from feeling rather groggy from the general anaesthetic, my eye was feeling ok. It didn't look ok but it was open and functioning. I got home and took myself up to bed but took a picture to show a friend. However, about an hour later the numbing drops wore off and after that I was a complete mess! I was in pain, my eye hurt, my head hurt and I had my sunglasses on and the curtains closed. Feeling sorry for myself and crying on my besties shoulder that evening I hoped that the next day would be better.

I spent the next 4 days wearing my sunglasses indoors and outdoors, having a cold cloth on my forehead for most of the time and dosed up on painkillers. However, it was worth it, just about!

My eye looks amazing, although still swollen and red. I've been taking pictures of the healing process and can't wait to take some pictures once it's fully healed. I've bored everyone with pictures of it every day since surgery and will continue to bore people with hundreds of photos of me in front of the camera rather than behind it from now on.

I loved sharing my before and after picture online with friends and family as not many people knew that I was going for surgery. 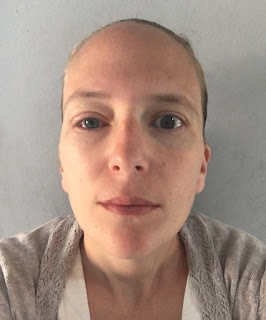 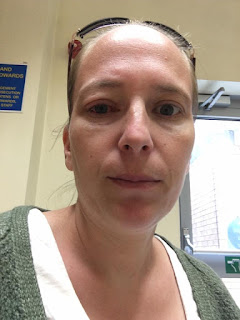 Day 4 and Day 6 post op, day 6 I was just waiting on a check up at the hospital which all went well. Just need it to heal properly now.

I will update with fully healed pictures as soon as I can. Someone grab that camera, Mum of Five is ready!