Children's birthday parties. Where do I start?! At home or else where? Party bags or sweetie cones ( or both!) How many children shall we invite? What food shall we have?! The perils of organising a birthday party and how to be as unorganised as me!

It's that time again when I have yet another child's birthday looming! I've not organised a birthday party for a while so I shouldn't be so stressed over it, but I am! Thing 5 is turning 6 at the beginning of November and he is yet to have a birthday party where all of his friends are invited so this year we've decided to go for it.

His first request was a party at home which I swiftly vetoed. That is so mean of me I know. There is nothing better than a good old fashioned party at home with party games, a table laden with party food and a cake and party bag for home time. In reality, I really don't want to have to organise it all and entertain lots of children for a couple of hours, bad Mummy alert! 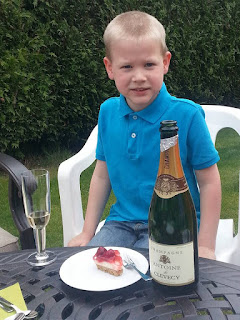 
The thought of tidying the house to a standard where I can invite other parents in to then have it trashed by the children terrifies me! Then trying to keep them entertained for 2 hours with party games that I've prepped. Decorating the house so it looks like a party child lives here, prepping food and making it look like I at least thought about a few healthy choices even though I know full well the plate of freshly chopped carrots, cucumber and peppers will still be there at the end of the party unlike the plate of biscuits that gets hoovered up in a matter of seconds!

So we have decided on a local play area for them to run around for an hour or so followed by food and home, all organised by the play area. Still with the decision on me to decide if we do hot food or a cold buffet style lunch. 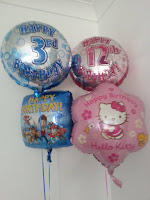 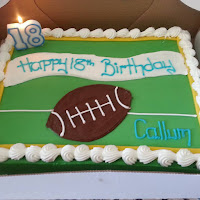 This year already we've celebrated Thing 1's 18th birthday. Thing 2 and Thing 5 have their birthday on the same day so it's always double birthday celebrations on that day.


Do I do party bags or sweetie cones, or both? I've been busy looking up ideas on the internet and writing things down, watching various items on eBay which will come in handy if a decide on party bags as well as all the sweetie cone supplies if I go for those too.


I'm trying to be organised Mum but to be fair his birthday is 3 weeks away and I've not even booked a play area! I'm sure that's not a huge issue as there are quite a few nearby and I am sure one of them can fit us in for a 2 hour party session. However, we still need to get it booked so we can get the invitations out and replies back, final numbers confirmed, meals ordered, the correct number of party bags/sweetie cones prepped and cake bought.

I at least have his birthday presents sorted. That's the one and only thing I have prepared and ready, just no cards or wrapping paper yet either! Oh and who used the sellotape last, it's gone missing again.