The videos that my children insist on watching on Youtube including Kinder Surprise Egg unwrapping, Stampylongnose, toy unboxing, christmas lights to music. Are they favourites in your house?! 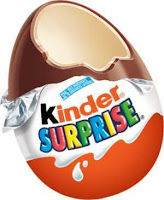 Thing 5 watches Kinder Surprise Egg unwrapping?! Don't get me wrong, these videos are amazingly popular with many people racking up thousands or even millions of views. I would quite happily sit in front of him and unwrap (and consume) 100 Kinder eggs if that's what he wants. It's these and new toy unwrapping. People video themselves taking new toys out of the box, showing the contents of the box and then putting together and playing with the toys. Again these rack up the views and I can see them as a good review base for people who are looking to purchase these toys. Lastly it's the amazing Christmas light shows to music that people post on Youtube. Yes they are amazing but when you've watched the Christmas lights to Gangnam Style for the millionth time it kinda gets to you! 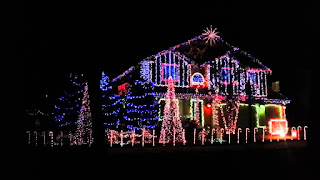 Thing 4 at the moment is watching Harry Potter puppet pals where they sing the most annoying song ever in one clip. So annoying it's gained over 161 million views. 160 million of those from Thing 4! Next up for both Thing 4 and Thing 3 is.............. Hellooooooooooo I'm Stampy, huh, huh, huh. Yes, it's Stampylongnose with his annoying laugh. Yet again another popular choice amongst people. The kids love watching his Minecraft videos, over and over again. 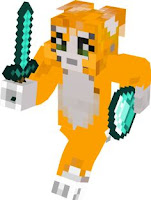 As well as also catching up on many episodes of their favourite TV programmes, listening to music and watching funny videos of babies laughing, skateboard fails and other such videos they are kept well entertained by Youtube. 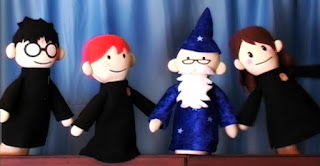 The most views on videos do come from the most unlikely of videos too. As I was writing about what the children watch I was amazed to see how many views the Harry Potter pals video had. The Kinder Egg unwrapping and toy unwrapping seems to be popular with a lot of children as many friends have said their children watch them too. Then you have the videos like 'Charlie bit my finger'. The ones that people post and think nothing of it and they end up gaining millions of views and everyone knows what it is when you mention it.

So thank you Youtube for keeping us entertained with a constant stream of videos old and new.

What do your children like to watch on Youtube? Is Stampylongnose a favourite in your house? Or the Kinder Surprise Egg unwrapping?