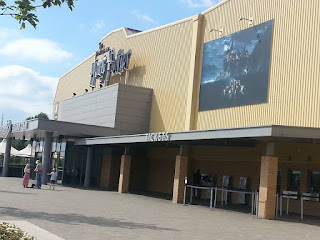 Last week I was lucky enough to be invited to the Warner Brothers Harry Potter Studio tour in London to take a sneak peek at the new Sweets and Treats feature that will be featuring this Summer for seven weeks only. From Monday 20th July through to Sunday 6th September, visitors will discover how the Prop Department moulded jelly snakes, decorated sugar skulls and piped ice-cream sundaes during production.

As we walked into the Great Hall there were cakes and treats on the long tables reaching down to the far end of the Hall where we met two lovely ladies making some treats whilst we watched. We had to decide which treats were the real ones and which were props and it really was very difficult indeed. The treats looked amazing and you really couldn't tell the difference between the two. Both had so much detail to them and were so intricately made. The floating pudding was also there as well as other larger cakes and puddings as well as some very realistic looking lollipops that my children wanted to eat, although that wouldn't have been a good idea as they were indeed props! 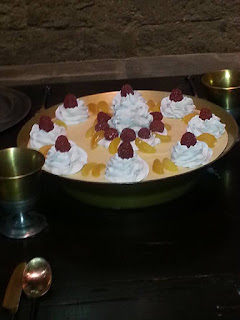 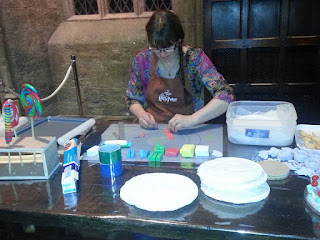 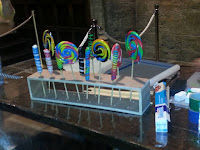 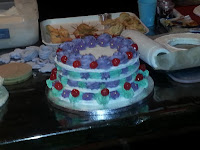 Lots of the Sweets and Treats that were on display. The lollipops weren't real although my children really wanted one! 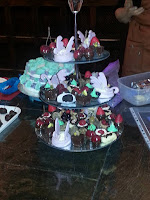 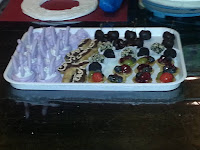 We also got to try the Butterbeer ice cream which was delicious and will be available to purchase alongside Butterbeer in the Studio Tours new backlot cafe for the first time this Summer. On the Diagon Alley set visitors will be able to learn how towering 'frozen' desserts were assembled outside Florean Fortescue's ice-cream parlour.

During production graphic designers were tasked with creating dozens of unique sweet boxes and wrappers for treats from Honeydukes and Weasleys' Wizard Wheezes. In the end they created more than 120 different items for the Weasleys' twins' shop and some of their original sketches and designs will be shown in the attractions Art Department especially for Sweets and Treats. 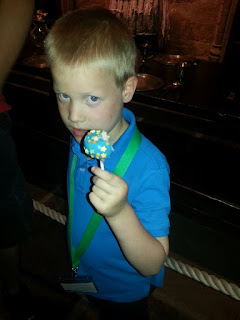 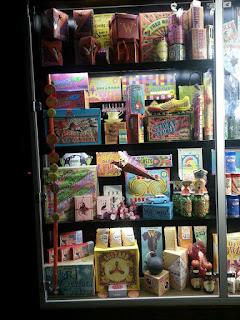 Thing 4 with a delicious cake pop and a look at some of the Sweets and Treats packets from the films.


Some iconic sets will also be given a makeover as the Great Halls long tables are lined with props from Hogwarts feasts and the Gryffindor common room is dressed as it was for Quidditch victory scenes in Harry Potter and the Half-Blood Prince.

As well as being able to see all of the other wonderful, amazing scene sets, room sets, props, Hogwarts Express and much, much more it really is a day out to be remembered for all of the family and friends. I was lucky enough to meet up again with the lovely Laura from Mummy's Zone at the event and if you head over and check out her website you can see they also had a fab time too. 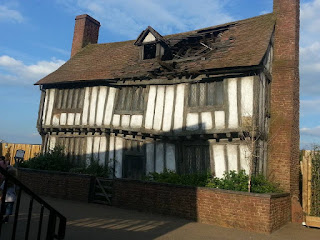 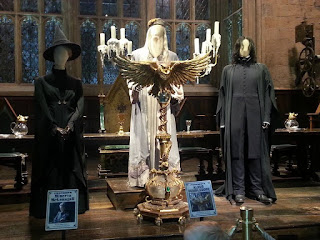 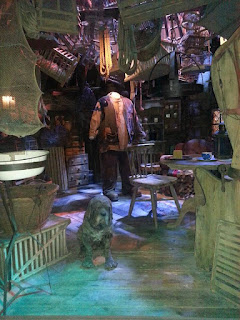 Some other parts of the tour including 'Potters Cottage' Harry's Family home, the scene from the Great Hall and inside Hagrid's home.


We got to walk around the Studio Tours as well as see the Sweets and Treats preview and we loved it. There are so many things to see you really have to take your time so you see everything there is. Try your hand at a bit of broomstick flying or sit in the Weasleys' flying car as you speed through the skies. The Hogwarts Express was a real treat to see, you can have your picture taking pushing your trolley through the wall, walk through the carriage and see where people were sitting on the train as it raced towards Hogwarts Castle. 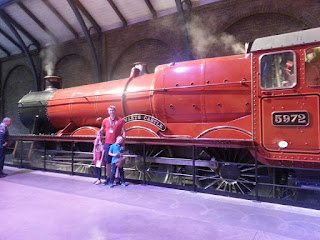 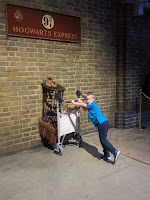 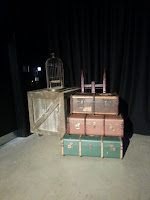 The Hogwarts Express was lovely to see. Thing 5 can be seen pushing his trolley through to Platform 9 3/4!


We really had a fantastic time and would definitely go again. Even with the time that we had we didn't get to see everything and really could have stayed much longer just to take everything in. The gift shop afterwards is packed full of everything Harry Potter including the all important wands. We had visited the studio tour once previously and Thing 4 had wanted a wand so this time both Thing 3 and 4 got to choose their own special wands. Thing 3 chose Professor Dumbledore's wand and Thing 4 chose Professor Slughorn's wand. 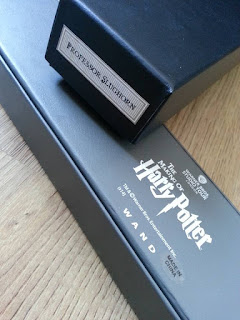 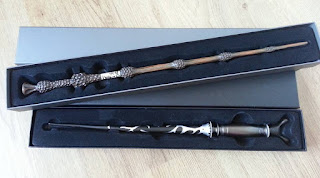 Tickets for the Warner Brothers Studio tour must be booked in advance on their website or by calling the Studio Tour's Visitor Services Team and CANNOT be bought at the attraction. All extra activities are included in the ticket price although if you want a film or photo of the Broomstick or Weasleys' Flying car experience then those are extra. There is also a Platform 9 3/4 gift shop as well as the main gift shop on exit for all of your Harry Potter gifts and souvenirs.

Disclaimer; We were given free entry by Warner Brothers studio tours, all opinions expressed are our own.