Do you want to build a snowman?? Don't touch that snow, don't throw snowballs. Do that coat up, where's your gloves? Yes, we desperately wanted snow, honest!

Oh the joys! It snowed here on Saturday morning very briefly but by the time the children had woken up properly and were ready to go out it had all melted. I was sad for them as they were desperate for a bit of snow and Saturday morning seemed the ideal time to have snow and to spend the weekend playing in it. Alas, it was never meant to be.

When I checked my weather app yesterday it said snow between 2am and 7am this morning. As with all false hopes it had given me over the past couple of weeks I decided that I would ignore anything it told me and fully expected to wake up to nothing this morning. How wrong could I be! 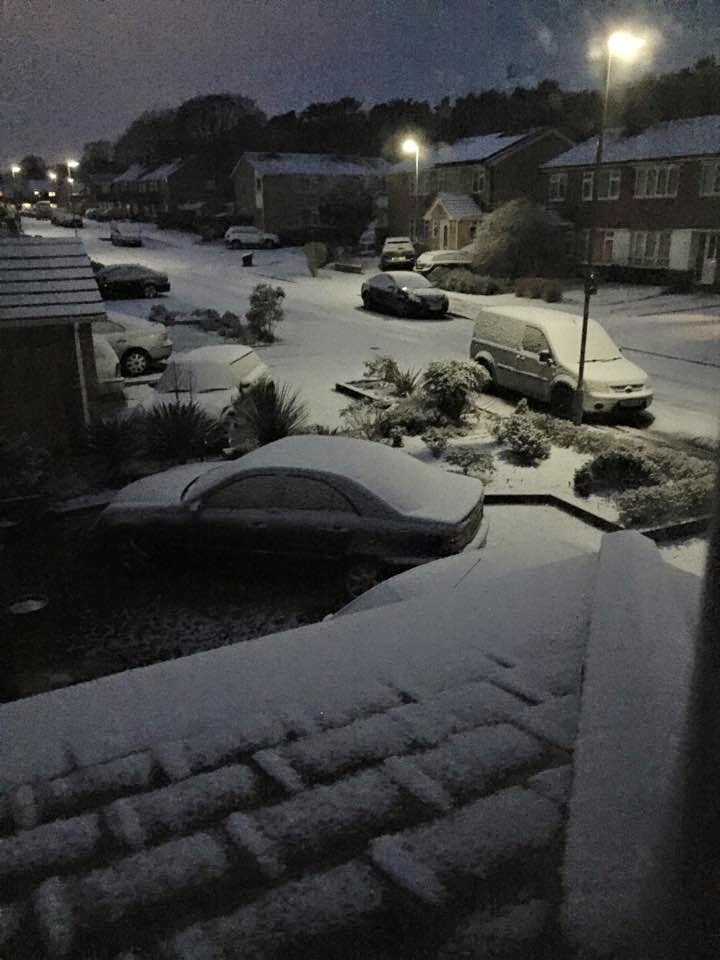 
Thing 5 woke just before 7 and we took a sneak peak out of his window to greet the day and there it was. A lovely crisp sprinkling of snow. Thing 5 was excited, I was excited. It's the first time Thing 3 has been up in time for school in a long while  and Thing 2 was hoping for a snow day from school!

Soon after we got up it started snowing again but it didn't stop us from wrapping up warm and heading off to school. This is where the joy of snow melts away very quickly! I spent the whole journey telling the Things not to run, I didn't want to spend my day in A and E! Don't pick up the snow. I'm all for a bit of fun in the snow but they will pick up the snow, touch the snow, write in the snow and then moan because their hands are freezing cold. 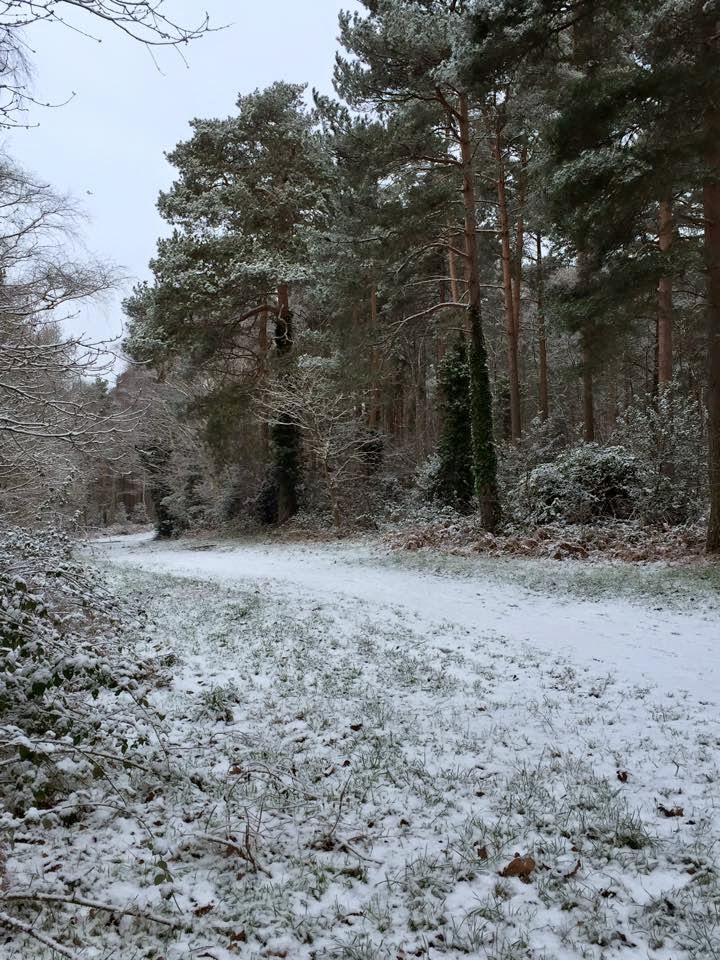 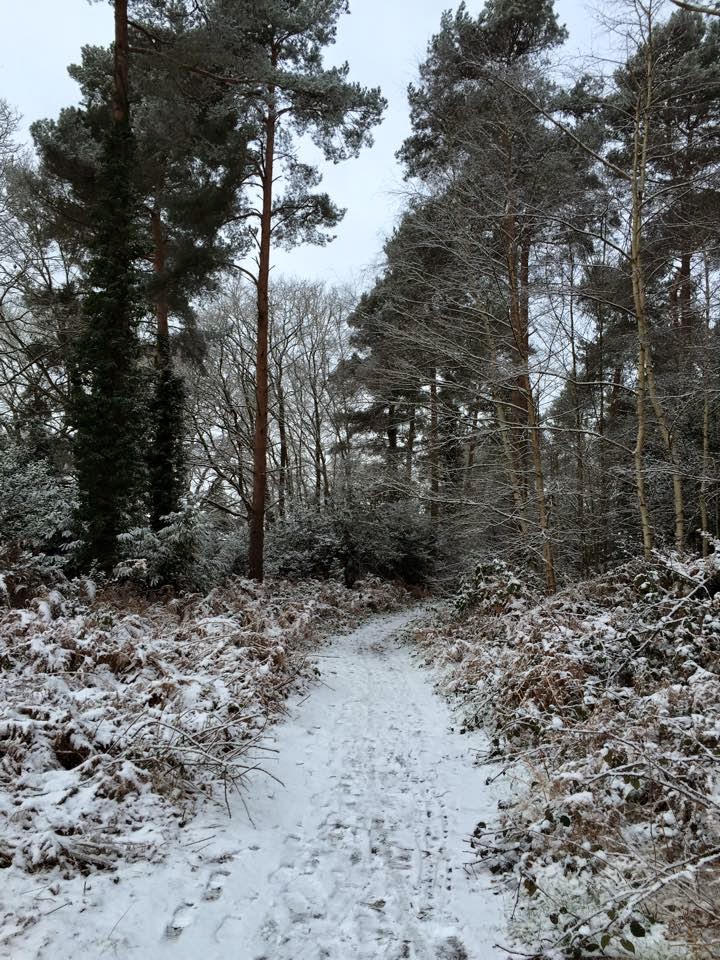 Our walk to school through the woods.


Thing 5 refused to wear gloves so I insisted he had a blanket wrapped around him in the buggy. I played the pick the blanket up off the floor game all the way to school.

Then there is the snowball throwing. It starts out all friendly and fun, and soon escalates into World War 3. Snowballs start off tiny and turn into huge weapons of mass destruction and it all ends in tears.

In their excitement they did at least wrap themselves up warm with hats, scarves and coats. Thing 4 wanted to build a snowman but I'm sure they probably weren't allowed out to play at school today. 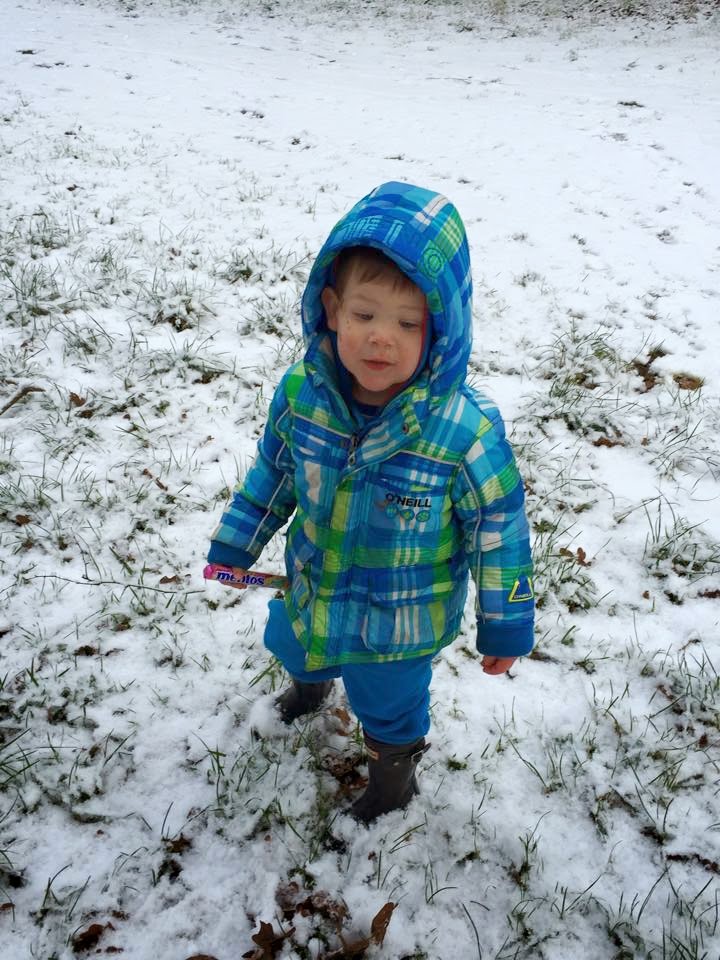 Thing 5 enjoyed walking in the snow, even if it did take us longer to get home than I would have liked. Brrrrrrr!


Now the snow is almost gone again already so they won't be able to come home from school and play.

Yes, I did get excited every time there was a slight mention of snow. Yes I do like it when it arrives. It looks pretty and I wished it stayed a bit longer. I do want the Things to go out and play in it, but please play for more then 5 seconds before the novelty wears off and they come back in the house cold and wet!
Posted by Mumof5StaySane at February 03, 2015