Christmas is over. I'm up for ditching the tree already and leaping into 2015 head first!

Christmas Day was fab. The children got very spoilt and got most things they asked for. Thing 3 is now attached to her new Kindle. Thing 2 is obsessed with her new phone and Thing 1 is walking around the house in his new football boots!

We had our first Christmas at home and it was lovely. I cooked and it did get eaten, with lots of leftovers too. As well as a huge amount of chocolate getting consumed also! It was relaxed, the children stayed in their pyjamas for most of the day and they could stay at home and play with their new toys rather than rushing out of the door to other peoples houses. We could run on our own time, the children could go off and spend time in their rooms if they wanted to, most of the day was spent together though which was lovely. 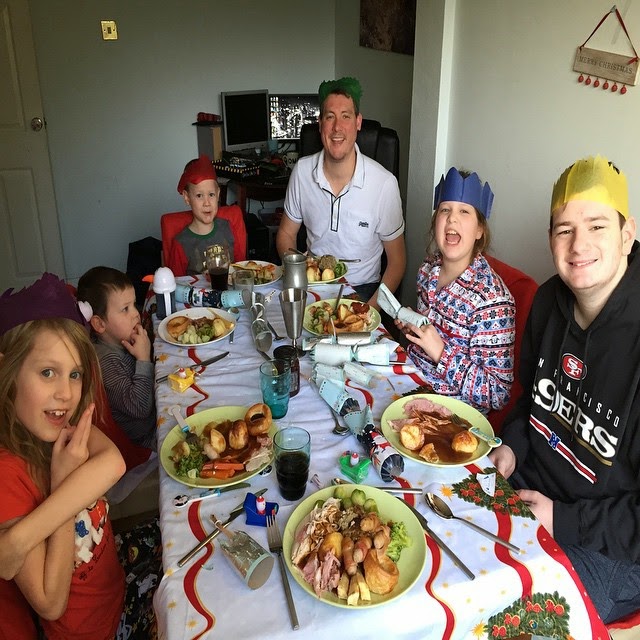 Our first Christmas dinner at home


However, already, the aftermath of Christmas is getting to me. The front room was a mess earlier so I tidied as best as I could and this evening it's a mess again. The poor Christmas tree only just made it to Christmas Day but it's now almost bald and I just want to get it out of the door! We have empty boxes piled up with nowhere for them to go as the recycling bin is overflowing and lots of toys that need to find their way into various childrens bedrooms. 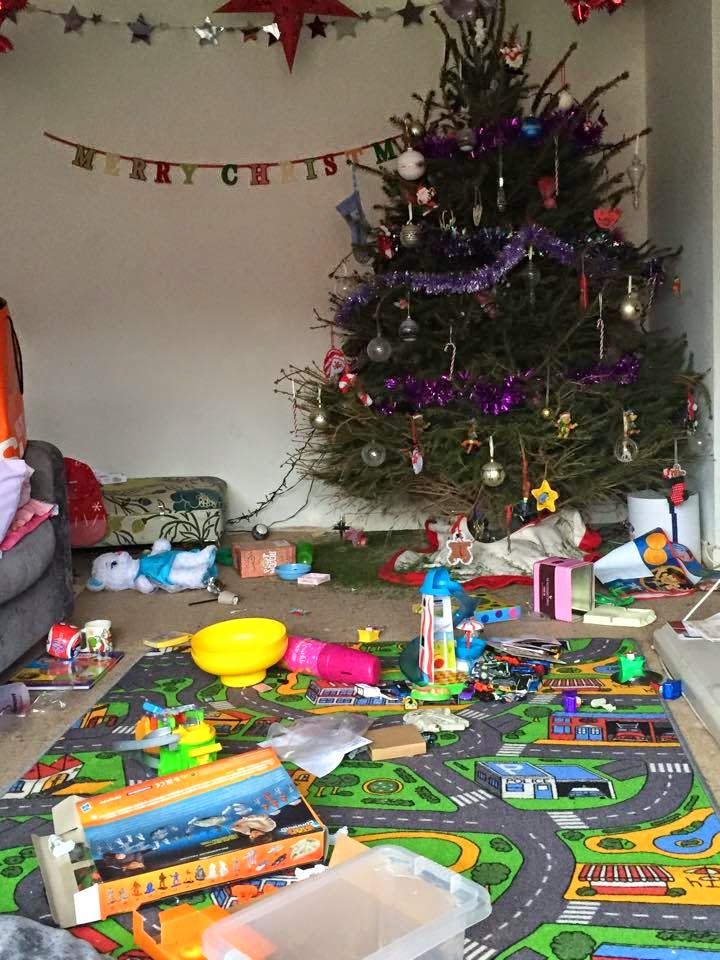 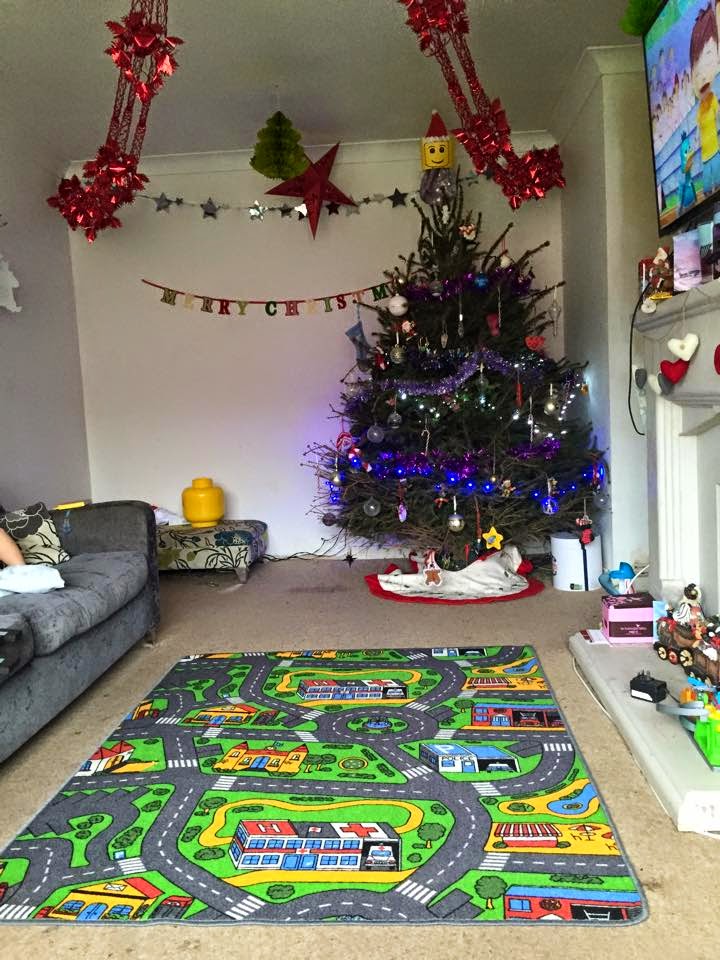 Before and After picture of the front room this morning. It's a mess again already though. :-(


I'm counting down the days to 2015, this year has been good don't get me wrong. I had a fantastic success with Slimming world and lost 1.5 stone in 4 months and have maintained that ever since. That has to be the highlight of my 2014!.

Next year I am on a mission to downsize the food shopping budget, stop spending money on eating out or takeaways and try to save some pennies. I want to be more aware of what we are spending on and do we really need what we are buying.  Let's hope I can make it happen. We all need to be more sensible with spending and so I'm going to be the mean mummy that says No a lot more. Then we can hopefully look forward to doing things together as a family that we have saved towards and will appreciate more.


Over the next few days whilst I still have the OH home from work on his festive break I am going to tackle the messy house and hopefully get him to tackle the downstairs bathroom, an unfinished task from the 2013 house extension!!! I can't wait for the second bath and toilet to be in use, no more queues!!