A small cake baking triumph in the Staying Sane household! My attempt at a two tier zebra print and quilt effect birthday cake. 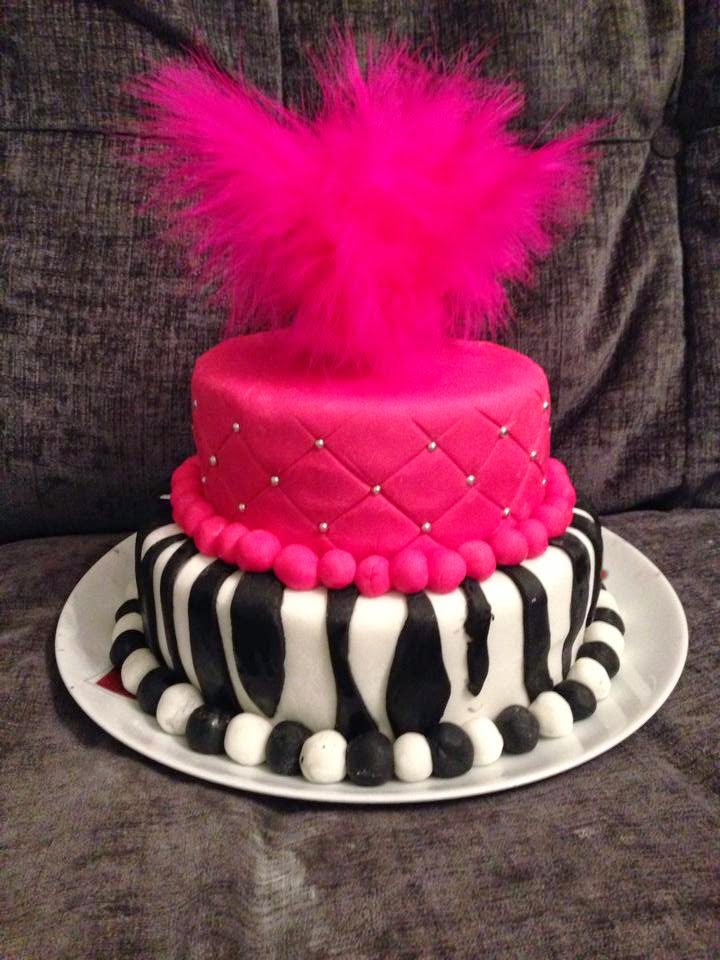 My niece messaged me a week ago and asked if I could make her a birthday cake. My cupcake making is OK, I enjoy making them when I have the time to put into making them look half decent, which isn't often these days.

Anyway, I said Yes without thinking about it. She had sent me a couple of pictures and one was of a two tier cake. The bottom tier was a zebra print and the top tier was pink with a quilting effect around the edge. 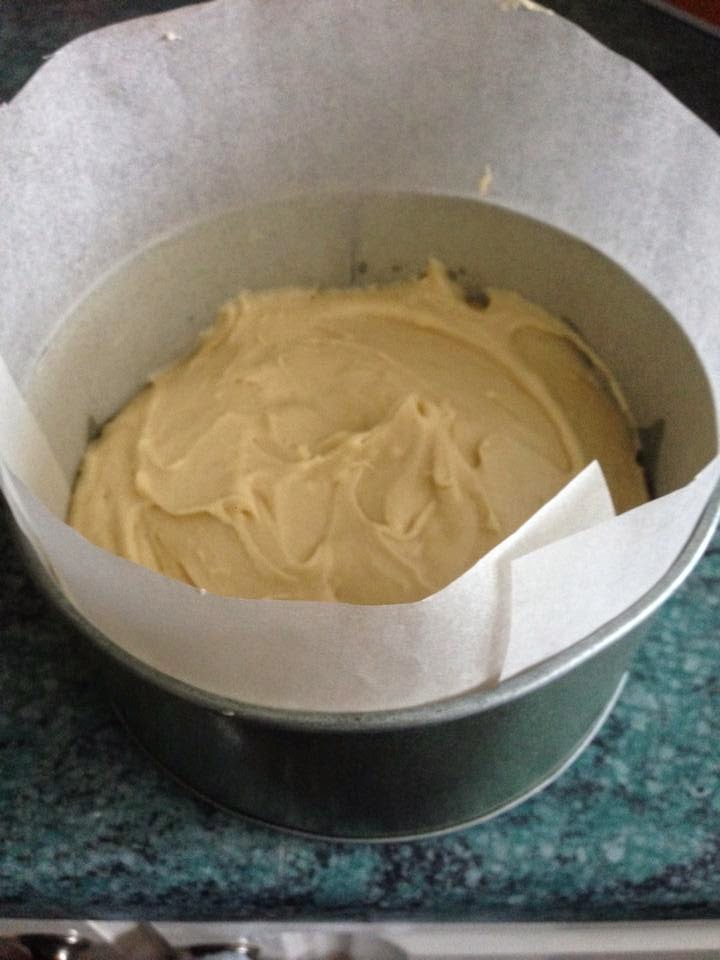 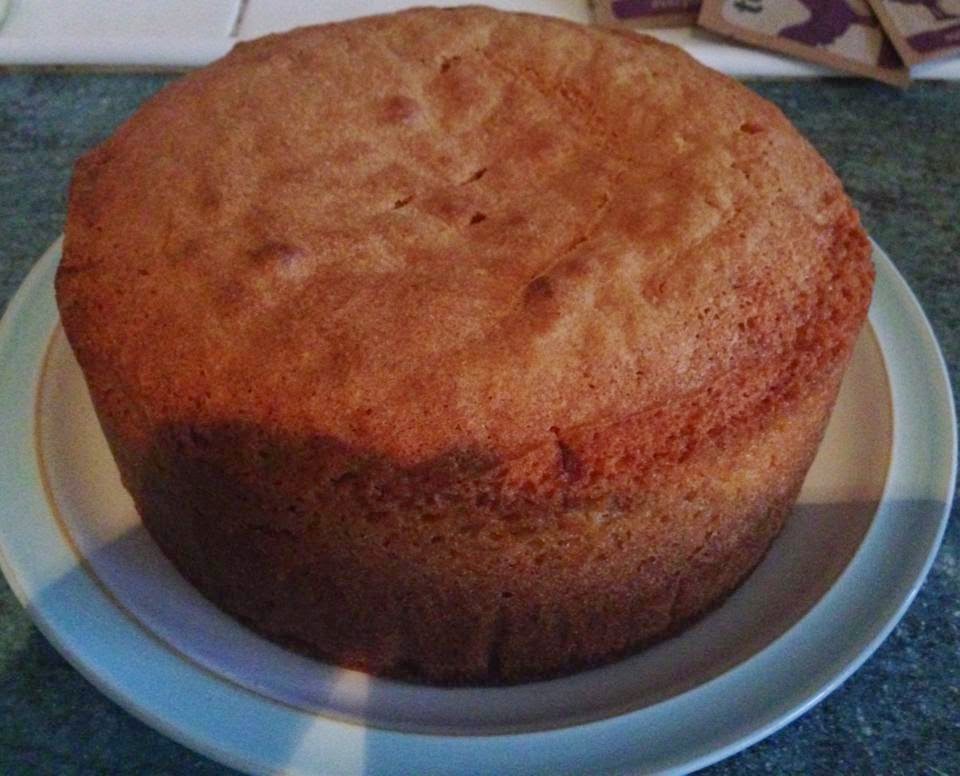 The start of my cake baking journey!
She had given me 4 days notice to make the cake. I had never made a proper birthday cake before. Not even a bog standard one tier sponge birthday cake, with a half hearted iced top. Nothing, nada. My cupcakes were my speciality and they weren't the best unless I put a lot of effort in!

So I went into panic mode. I had said Yes but it was also a challenge for me. I wanted to do it. I wanted to see if it could be done. I ordered supplies, borrowed cake tins from the bestie and I got on the job.

Baking and decorating cakes isn't easy with five children in the house. Well, it would be if they were children that could amuse themselves for 5 minutes without the need to call Mum or come and annoy her instead of doing as they were told. I don't have children like that! So I baked the cakes during the day and that evening I got decorating. I was in panic mode when it came to levelling the top of the cake off and also cutting through the middle to add jam and buttercream. I did it though. The children were hushed away with the cut off cake pieces and I moved on to the fondant icing. 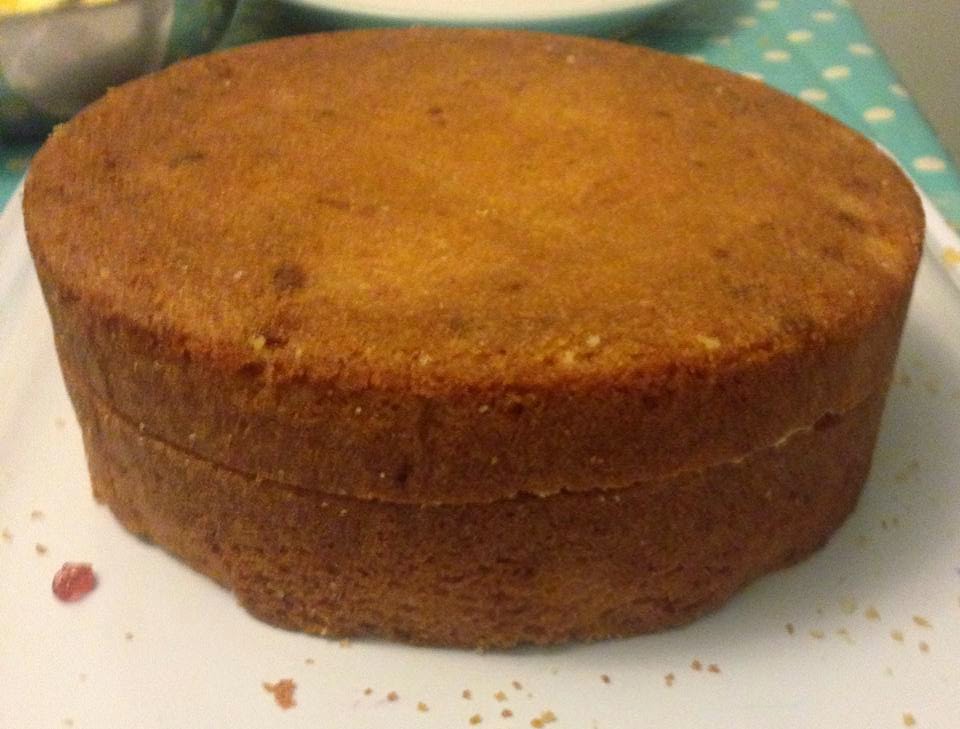 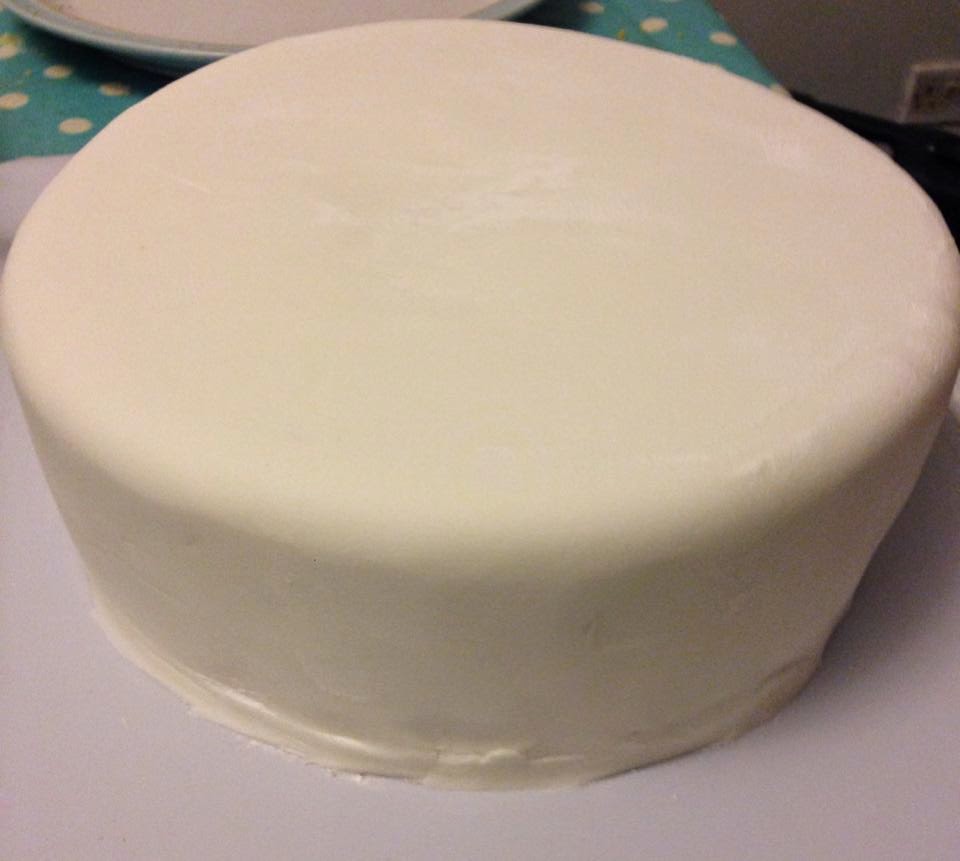 Cutting through the middle and the start of covering the cakes in fondant icing.


Roll on a couple of hours and I stood back and admired my creation. I am so proud of myself. It was no way near perfect but for a first attempt I was blooming well pleased.

The birthday girl was surprised with it the next day and I think it got her seal of approval and we all had a slice, it was edible too!!


Big pat on the back for me and my cake triumph this week. Give me a few months to get over the stress of making it and I might do it again!
Posted by Mumof5StaySane at November 24, 2014