What's the crack??! Poorly iPods, laptops and now the Kindle. Cracked screens all over the place and lumps of coal for Christmas now.

Oh joys. The Kindle has now received an injury. Thing 2 isn't accepting responsibility but it was found in her bedroom, and it's her Kindle! Its only 10 months old too. 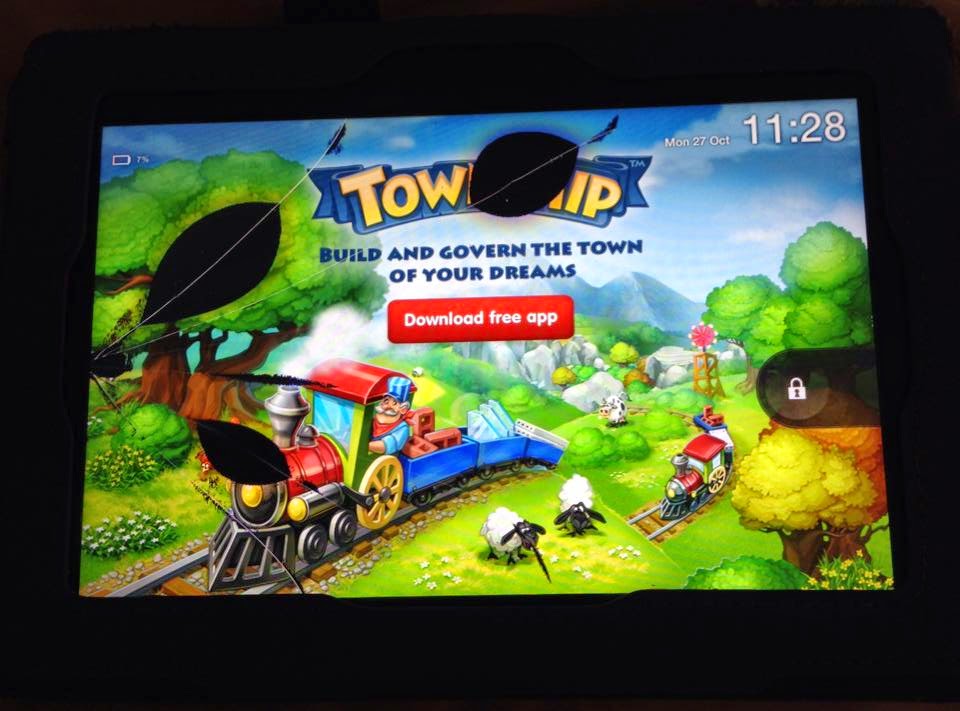 
The long lost iPod that was lost for over a year resurfaced a few months ago. Thing 4 was delighted. We hunted high and low for it when it was lost and we gave up all hope. It was only when I moved Thing 3's bed that I discovered it, although I had looked there previously so it was well hidden! I brought it back to life, charged it fully and was so pleased to have found it. An extra iPod so less arguments. Then one day after the discovery it was dropped on the floor. Along with another iPod that was received for Christmas 2012 that has a smashed screen and a laptop I make that a grand total of 4 devices that need attention. I'm fuming, the lack of respect that the Things have for their possessions frustrates me.

Thing 2 wanted a laptop for Christmas, I can safely say now that she in no way deserves one or would know how to look after one so she isn't getting one.

Now I need a remortgage to cover repairs on it all.

Is it possible to make these devices from plastic? I've never had a toddler toy break from being launched across the room or dropped on the floor??!!

Santa is definitely not bringing any toys at the moment and the Things need to get back in Santa's good books too!
Posted by Mumof5StaySane at October 27, 2014