Fashion dilemma, a school with no uniform. The daily fight of what to wear to school each day and my wish for a school uniform.

A school with no uniform

Our local Junior School has no uniform. I know there are other Mums and Dads out there that think that children shouldn't be put in uniform for school and should be allow to wear what they want as an individual. However, it's a nightmare. 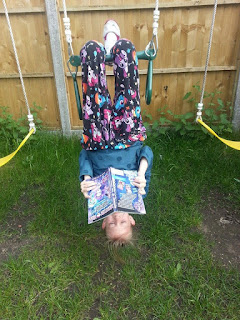 Just hanging around in yet another outfit for school!


When my daughters started there I had the plan of having school clothes and other clothes. Keeping things separate meant that school clothes could be older clothes that I was less fussy about getting damaged by paint or glue and the every day grind of school life. However it didn't work out like this and they just chose to wear whatever they wanted. That's if they could decide!

Each morning they were usually running late anyway but the whole 'what shall we wear today' dilemma meant they were running extremely late. At least with a uniform they couldn't have a huge fashion debate, it's the uniform and that's it. There's also no worry about what everyone else is wearing either. The daily moans of 'Oh, such and such has an expensive brand top' or 'Billy turned up wearing the latest Nike trainers', which then in turn starts a whole new phase of I want this, we want that, they've got these branded labels why haven't we. Yes it's only Junior School but there are children walking around wearing Nike, Adidas and by the Upper years I have seen some Superdry tops creeping into the labelled brand fashion show at school.

Oh what shall I wear today?!

I spent the Summer Holidays updating Thing 3's wardrobe as she had grown so I was on the look out for affordable and nice looking clothes that were suitable for school but not overly dressy. Practical, sensible and not breaking the bank. I managed it, Sainsbury's in particular have some really nice pieces coming into their Autumn/Winter range at reasonable prices so I'm usually found in their clothing aisles! I am still trying to keep some clothes separate from her school clothes as they do easily get worn down and ruined when being worn every day to school but it's not easy. I buy something nice and she wants to wear it to school and it becomes a school outfit rather than one to keep for when she's not at school.

However, I would prefer a uniform. Thing 2 finished at the Junior School in July and has now moved onto Secondary School and I'm so pleased to see her back in a uniform.

Smart, presentable and no fashion dilemmas thrown into my already hectic mornings!