EXTRA BLOG POST! For the pram lovers, but mainly Stokke Lovers amongst us. :-)

I thought as I hadn't written a post for a few days I would spoil you with 2 in one day, but this one only applies to the pram and Stokke Lovers amongst us, I know there are a few. :-) 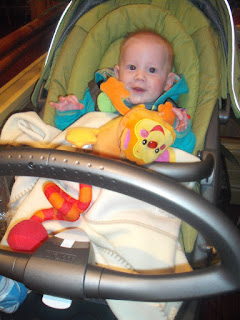 So my pram obsession started way back 15 years ago. I had 7-8 prams for my first child over the course of his pram riding years and I thought that was bad, but there wasn't much choice back then.

With my second child, there were a few more than that, I had tried various Mamas and Papas, Maclarens, Mothercare makes. It wasn't until my third baby arrived that the pramaholic in me really hit hard. We bought a brand new Bugaboo Gecko for her before she arrived and I longed for the day to use it. It was fab,. I loved it. Then we sold it as we were moving and at the time it was an expensive pram to have when you needed funds for moving etc... so we downsized to a secondhand Bebe Confort Loola. Which I hated. And so it started, selling to buy another one, which was either no good, too heavy, too bulky, too low down, not enough storage in the basket. I went through hundreds. To name a few; 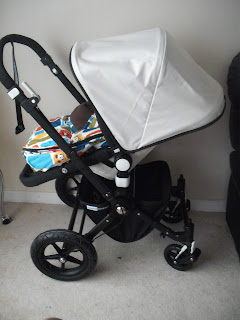 So across baby number 3 and 4 I went through hundreds of prams, always buying and selling. Picking up bargains on eBay. I would use them for a few weeks and go on to the next one. None of them ever stayed in the house very long. Six years ago I bought my first Stokke Xplory, it was a secondhand V1 model in red and I fell in love. The height of the seat is a major plus point for me and the height adjustable handle is a big bonus when there is a foot between you and your husbands height. The option to go forward or rearward facing is there but I prefer to have them facing me, we can have a little chat as we go along. They can see more too, I was on a bus with my son and we went over a railway bridge, he could see out of the window and look down at the trains. The little boy in another pushchair on the bus couldn't even see out of the window. I am sure looking out of the window is preferable to looking at most of the miserable people you find on a bus! 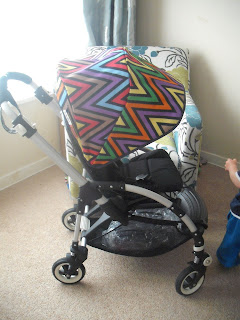 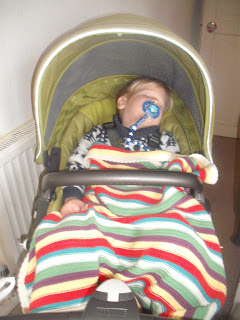 The improvements made to the Xplory when they made the V3 Evo only improved an already practically perfect pushchair, the new rounded seat unit and footrest, the one handed footrest removal, the sun visor and easy to remove fabric covered bumper bar all enhanced it's already unique look. I have used the Xplory for a 6 mth old and a toddler and the push is equally the same. I can also push one handed whilst holding onto an errant toddler with the other hand and have no problems whereas there are other prams where you can only steer it with both hands firmly on the handle. Oh and the shopping basket opens up into a decent bag that can give Mary Poppins carpet bag a run for its money! 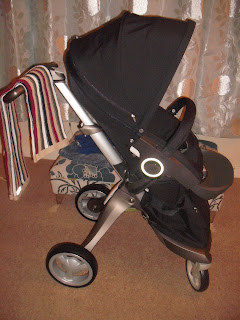 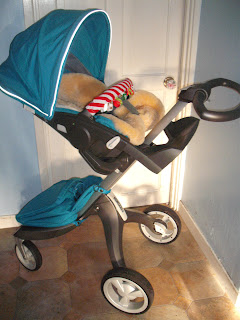 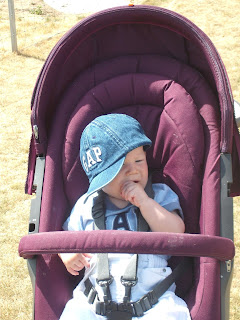 I think what happened was I would own one, sell it on for something else then realise I loved it so much and nothing else was really as good as it and so would have to buy another one! Each pram has its own different qualities though. I am currently rocking a neon pop Bugaboo Bee Plus which I love but for very different reasons to an Xplory, however it does lack on some of the Xplorys plus points. However, we now have to have 7 seats up in the car and we are left with no boot space so we had to go for a small folding pram that I liked. For now it has stayed for a long while, however the new pram itch has set in. If OH would let me have an Xplory and keep the Bee Plus for the car I would be a happy bunny. I don't drive so during the week a lovely big pram for walking around would be perfect. Just need to convince the OH that it's a good idea. Or maybe Stokke could give me a generous discount for my dedication and commitment to the Xplory pushchair! First on my list is a Tripp Trapp highchair though as we have just embarked on our weaning journey. 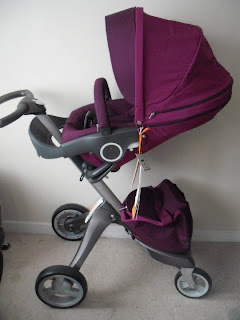 UK stockists for the Stokke Xplory and other Stokke products are;

P.S; OH wants a BMW Maclaren, maybe I could sweeten him up by buying him one?!
Posted by Mumof5StaySane at February 16, 2013