Everything that is wrong with school attendance awards

Schools seem to grade EVERYTHING these days.

I get the need for GCSEs/grades for getting into college and putting on your CV in later life but even then you can’t always gauge someone’s talent just on their ability to sit exams and the grades they get from them. Children thrive in very different environments.

These days there is so much pressure on them to succeed even in their SATs tests that they sit in Year 2 and Year 6 and yet what is it all for? When your child goes for a job when they are older will their potential employer bask in the success of their Year 6 SATs, no. Will they rejoice that they had 100% attendance all throughout Junior School, no.

Now I’m not saying that school attendance isn’t important because it is.

If there are parents keeping their children home because they can’t be arsed to take them into school, sort it. Parents that keep their children off school to go shopping or to a theme park because it’s their birthday, sort it.

However there’s those times that we can’t help that they aren’t at school.

Illness for example. We can’t help it when our children are ill and believe me they love to pass an illness around. Coughs, colds, sickness bugs, you name it and kids breed it. Once it hits one child you will find that they drop like flies. There’s nothing worse than making a child go back to school when they aren’t feeling 100% better. However, there’s so much pressure put on parents about attendance that we find ourselves sending them back to school sooner than we should. 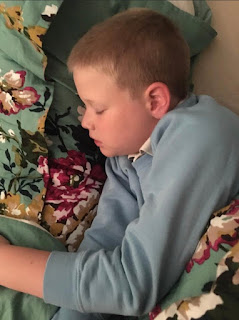 A poorly Thing after a hard day at school.

Then there’s the awards for attendance. What’s that all about??

Here you go Tommy here’s an award for not being ill in the last school year, meanwhile we won’t give Sarah an award because she was off, even though it was for important hospital appointments that she had to attend due to an illness/condition that she has no control over. She was at school every other day of the year though.......... but tough.

Then we have the class attendance records so we are now pitching classes against each other and at the end of each term all of the children with 100% attendance get the chance to win something. However, Sarah can forget about it for her whole school career, she isn’t ever going to get anything...... but tough. 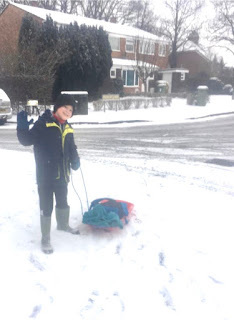 Getting into school on a snow day.

So schools, listen up. While as parents we get that school attendance is important please quit with the attendance awards. If they are ill they aren’t coming into school, if they’ve got vital hospital appointments to attend then they are going to go but please don’t penalise them for it, it’s not right.