Buying a new family car. Which car to choose and we are going electric!

It’s that time again and Dadof5 is super excited. Car shopping for him is like shoe shopping for me, so fun and exciting!!
We are going electric. There are so many choices on the market now when it comes to electric cars but he’s narrowed it down to the Tesla Model 3 or a BMW 330e.
Now before I start I have no clue about cars. Ask me which one I prefer and I will say the blue one! As long as it gets us from A to B I’m really not bothered which car we get.
I don’t even drive so having a say on what car we get isn’t an option. It’s Dadof5’s car so he has to decide. Although that didn’t stop him from taking us out on a fun family trip to the BMW garage a few days ago.

We looked at it, we sat in it, we ooohed and aaahed at the right times! Yes it looked good, yes it had a nice interior but when it comes to efficiency, cost, extras and all the technical info then you lose me.
One thing is for sure though, Dadof5 can’t even remember to charge his phone overnight so how he’s going to remember to plug a car in remains to be seen!
This next car will be our first five seater car for quite some time. Being a family of 7 meant that over the years we’ve bought seven seater cars inc. the Vauxhall Zafira, Ford Galaxy and more recently the Land Rover Discovery Sport. Having to buy bigger cars really limits you on what you can have and our last car (the Land Rover) was the nicest of a very limited bunch to choose from. See my previous post about seven seater cars Which seven seater cars are on the market? 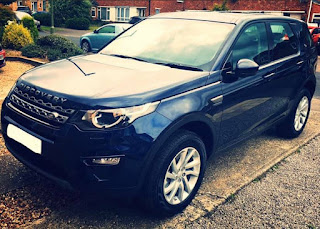 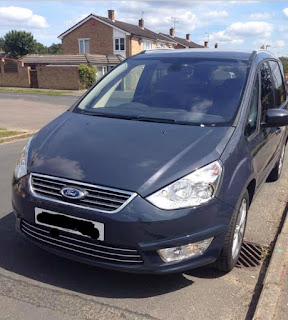 Now the children are getting older and Thing 2 will soon be learning to drive so we’ve decided to go back down to five seats. Most of the time it’s only Dadof5 driving the car for work and then on occasion myself and the two youngest children go out and about on the weekends so we don’t see the need to buy another bigger car when it’s never at full capacity bums on seats wise!
The Tesla Model 3 is fully electric so as long as it’s 100% charged overnight you get 348 mile range.
The BMW 330e is a plug in hybrid. An electrical motor combined with a 2 litre engine. That means the car is powered by either hybrid propulsion, petrol power or electric energy - excerpt from BMW website. So basically if Dadof5 forgets to charge it he has a petrol back up as long as that tank is full too. Or at least I think that's how this all works?! 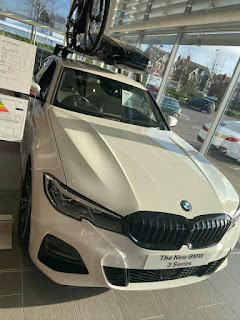 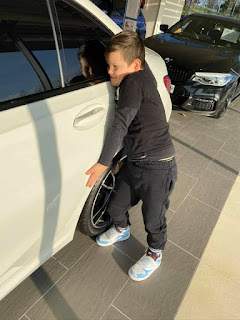 Thing 5 checking out the BMW. I think he liked it!

So we need to choose. He’s undecided. He keeps asking me which I prefer, I don’t have a clue! All I know is I’m looking forward to having a slightly more economical car than we have at the moment and that’s the one thing I’m sure of!

Have you gone for an electric car? Any advice on what to choose?
Posted by Mumof5StaySane at January 03, 2020