Children and chores. Child labour, teaching responsibility or completely the norm for them to help out at home?

I am the first to admit that I don't delegate jobs/chores around the house as much as I should. Which impacts on me as I end up doing most of the housework including tidying children's rooms. Sometimes I think should I be making them do chores, should they have the responsibility of helping out in the house and having their own jobs to do?

With seven people in the house I can't keep up with it all and I really think the children should have their own chores and jobs to do around the house. The youngest is 3 and the oldest is 18 and all are quite capable of keeping their rooms tidy and having a job or two to do around the house, except they don't.

With the amount of clothes washing, dish washing, cooking, cleaning and tidying up that the Thing's leave behind them it inevitably looks like a storm blew through our house and left a trail of devastation behind it!

The OH and the children sometimes comment on the untidiness of some parts of the house and I think if they just helped out the house would be tidier than it is. It's just taken us two weeks of nagging to get Thing 2 to start tidying her room and yet she didn't finish it. Last time it needed tidying I did it, it was spotless. I always say that if it's spotless then it should be easy to keep clean so I'm not sure why they make it a mess again.

I'm not asking them to do everything around the house but I do think they each need their own job and to be responsible for the mess that they make. So how do you go about delegating chores? Keeping bedrooms tidy, tidying up after themselves plus one other job such as loading the dishwasher, folding clothes, emptying bins etc....? Or is keeping bedrooms tidy enough?

I am really struggling to instill any kind of responsibility and discipline into the children and wondered whether delegating jobs would help with this, making them realise how much work goes in to keeping the house tidy because they won't help out and what I do for them.

I certainly think the older ones should have started this years ago, I've been too soft on them and just tidied after them and done everything for them. 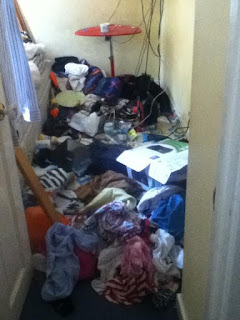 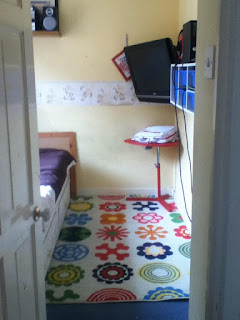 A few years ago now but this was Thing 1's room before and after I had cleaned it for him. 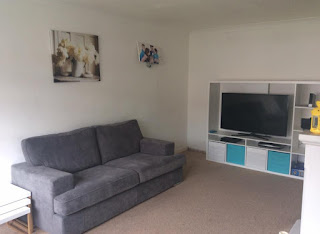 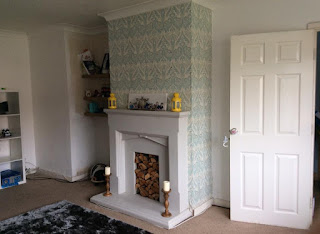 The front room is generally kept as tidy as I can, toys do make their way into the room but are soon decamped back to bedrooms! (Apart from the messy shelves at the side of the fireplace, my fault!)

Basically I am drowning in jobs and get no help. I need a jobs rota in place asap and I need all hands on deck. This is everyone's house and we should all be able to chip in to keep it tidy and clean. Getting the older ones to help out may be harder than getting the younger ones on board. 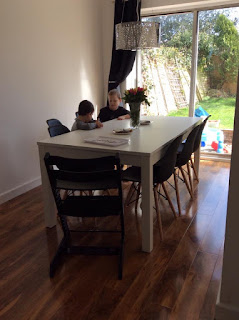 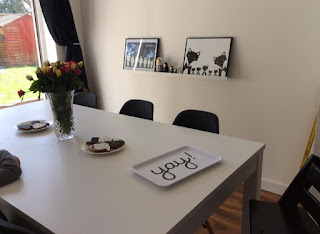 The new dining room has currently stayed as tidy as it is in these pictures but again that's through me tidying it and not anyone else.


A few days ago my 12 year old was bargaining with me over her friend coming for a sleepover. After I had said No she was saying that if I let her friend stay over she would load the dishwasher for me, something she should be doing anyway. Maybe if they helped out I would be a bit more inclined to let them have a friend to stay over as a treat, not for that to be used as a bargaining tool by my daughter!! 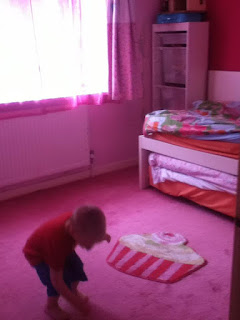 Bedrooms stay tidy thanks to Mum, not to the children that occupy them!


So the second week of the Easter school holidays will include a family meeting, a chores list and probably some arguing and defiance from a few children. I am hoping I can stand my ground and stay strong if I have any protests on my hands!

I'm kind of outnumbered and am expecting a kiddy picket line outside the front door!

Do you delegate jobs in your house? Should we expect the children to help out? What jobs do your children do at what age?