Nobody loves me everybody hates me, I think I'll go and eat worms. Too much hate and not enough love, why things need to change. Being told everyone HATES you!

Yesterday during a 'discussion' with someone over the way we talk to each other I was told in no uncertain terms that EVERYONE hates me. Quite a harsh statement to make coming from someone who supposedly loves you. So this got me thinking about things as hate is a very strong word.

Hate in the dictionary is defined as;

1. loathe, execrate; despise. Hate, abhor, detest, abominate imply feeling intense dislike or aversion toward something. Hate, the simple and general word, suggests passionate dislike and a feeling of enmity: to hate autocracy.
Hate is something that I see all over the news at the moment, or try not to see. The people behind the headlines must be full of hate, amongst other things. Hate takes many shapes and forms yet is such a strong, harsh word I can't fathom how it can be used in such a flippant way as well.
So when that word is aimed at you and you are told that everyone hates you, you wonder what you have done that was so bad. I have lots of family and friends and what I thought was a strong bond and relationship amongst us all in varying ways, or are they just pretending. I don't need that in my life so I'm quite happy for them to walk away if need be.
If they really hate me as much as I've been told why do they still talk to me? Invite me out? Accept invitations to things I have organised? Ask me to help out when they need something doing that they can't do? Ask my opinion when they need help and support? People who hate me wouldn't do all of that? It seems a huge waste of effort on their part to pretend when in all honesty they have plenty of other family and friends to do all of that for them without needing me as a 'plus one on their friends list just to keep the numbers up'.
So here I am telling it to all the 'haters' who hate me so much (friends and family included) You know where the unlike button is on Facebook, you know how to delete a number from your phone, and you can quite happily forgot where I live and never visit again, I don't need an invite to a party or a night out and then I waste an invite on you when it could go to someone more worthwhile of my time (although I do like to think I have time for everyone). Our paths never need cross, if you hate me that much.
There are things in life others have done that I disliked but I got over it, there isn't time in our lives to live in the past and live on a small hang up that we had in previous years. I've got over it and would never say I hated anyone, if I did really, really dislike someone that much I would do something about it to change it.

So here's the deal here. I have a lot of love for everyone, there is nobody I hate, it's too strong a word to throw around. If there are friends and family who really do hate me then I feel they have their own issues to deal with too and I really don't take offence to the hate they have, I would not want to be one of their worst enemies if they can hate someone like me as much they do.

Thing 5 perfectly summed up my feelings when he got his hands on a packet of cakes earlier today (yes life can be summed up by cake!). 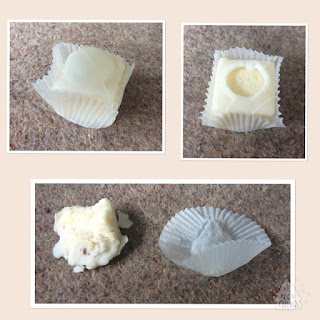 Thing 5 LOVES these cakes however today he felt the need to crush one into the carpet. On the top left you have a happy cake, on the top right he's not perfect but still just as loved as the first. In the third picture, just because he crushed that cake into the carpet doesn't mean he hated that cake, you can never hate something that bad. He just wasn't feeling as in love with it today to want to eat it, tomorrow he will love the cake just as much as he did in days gone by (and may also save my carpet!)

So please people, before you take out you anger and 'hate' out on someone you claim to love think about the consequences for them as well as yourselves. If you feel the need to really string someone along even though you hate them, spare them the angst and do something about.

Find some love because life is too short for hate and don't leave them feeling as crushed as the poor cake, who is still always loved even though a little crushed.