Christmas traditions in your home, who brings the presents? Should we be told by others what we (or Santa) can buy at Christmas time? 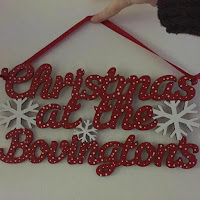 Recently there has been a post going around on Facebook about Christmas and Christmas presents for children.

Should we be told what to do to save the disappointment of others? I mean that's like me telling my friend not to buy herself new clothes because I don't have a full wardrobe like she does. Or telling my parents to stop going out for dinner because we don't have meals out as often as they do and it's not fair on me. I mean, come on, that's just silly. It's not for me to dictate to people what I want them to do to please me and not upset me. Surely our children should be raised to be grateful for the things that they do get regardless of what others have or receive?

Christmas traditions differ a lot from household to household. In our house Santa brings a stocking full of small gifts and the gifts under the tree are from Mum and Dad. In other households Santa brings all of the presents.

My children have never come home from school and complained that their friends got more than they did from Santa or that Santa bought little Bobby at school an iPad and he only bought them pants. Socks and a small toy! I think the overall excitement is that Santa had been to visit and did anybody catch a glimpse of him this year!

All families are also different when it comes to budgets. Some are very modest budgets and others spend as much as they like. I'm not here to dictate what people should or shouldn't spend on their children, that's entirely up to the individuals. 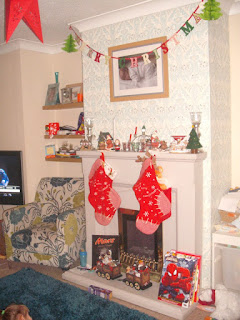 Thing 3's list is actually very modest this year and has things like a hat and scarf and a hot water bottle on it. These are things that she really wants and she will get them but she won't then complain that someone at school got an iPad as this isn't something that is on her list anyway.

Christmas to me is about family, spending time together and enjoying the season. As I said, I try and be modest about what I buy and not to over do it but that doesn't always happen. As long as the children get some gifts and are grateful for what they have then that makes me happy.

Whatever your traditions or your budget Christmas is as magical as you make it whether they get one present or tonnes of presents.

What do you think? What are your Christmas traditions?