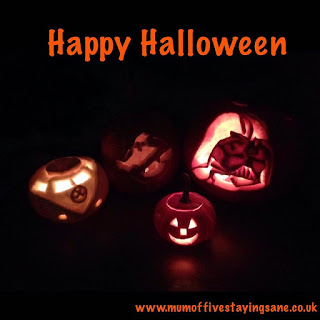 I know it's still Halloween but it's almost over and we can start talking about Christmas!. We have been out having our annual Halloween fireworks, soup and hot dogs at my parents house. The children always have a fab time watching the few fireworks that we set off and having a sparkler or two to wave around making shapes with. 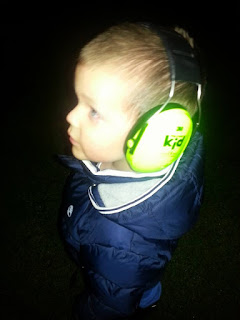 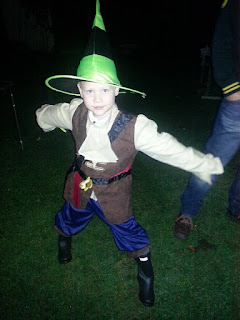 Thing 4 and 5 watching the fireworks. Ear defenders come in handy for all of the noisy ones! 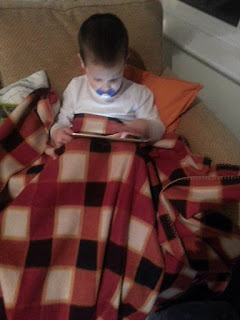 Thing 5 has the right idea. Snuggles under a warm blanket after watching the fireworks outside. 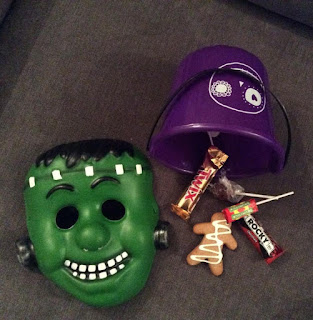 Halloween pumpkins and the remnants of some trick or treating


When we got home we took the children to a few of the neighbours houses for a spot of trick or treat and to go and see the wonderfully decorated 'scary house' in the next street along. They always have an amazing looking house each year and the children always like to go and see it on Halloween although Thing 5 didn't want to go in! 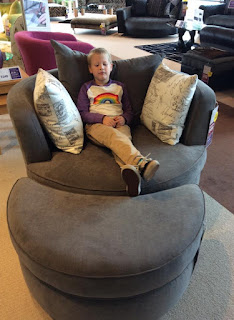 My big birthday boy, turning 6 tomorrow. Where do the years go?


Tomorrow is Thing 4's sixth birthday. We are off to a local play area for a party with his school friends. I have everything ready, I think! He chose a chocolate cake shaped like a gingerbread man, I've made sweetie cones for his friends and I have the presents wrapped and cards ready. This also means that it's the 1st of November, eeek! 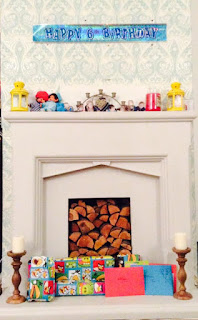 Ready for the birthday boy in the morning. 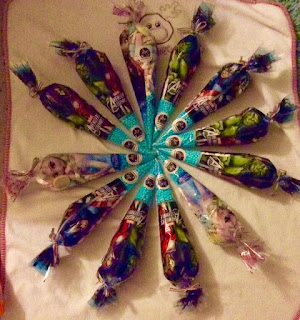 My attempt at sweetie cones for Thing 4 to give to his friends after his party tomorrow.

Christmas 24 movie channel starts tomorrow (Nov 1st) too. Thing 2 is very excited as she loves watching Christmas films. Just when you think you've seen them all there are new ones to watch. So head over to Sky channel 327 to see what festive offerings they have.

I'm off to blow up balloons and hang up birthday banners. After tomorrow we can mention Christmas a bit more!
Posted by Mumof5StaySane at October 31, 2015