Oh what a week to take time off work! Birthdays, shopping, eating out, Thing 1 turned 18! Then sickness, poorly babies and Scarlet Fever.

Wow what a week indeed. When I told the OH to book a week off for mine and Thing 1's birthday week I could never have known how the week would pan out. From the highs of birthday celebrations to the lows of Scarlet Fever.

The OH finished work last Thursday evening and we looked forward to the week ahead. With so much to fill the week with it was all planned out. Or so we thought. On the Friday we spent a rare day out shopping without any children. Thing 5 spent the day with Nanny and Grandad whilst we went and browsed the shops, had lunch out together and bought a few bits for ourselves. A rare occasion for us and we enjoyed it very much. 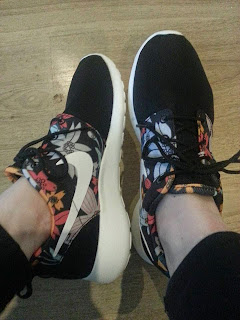 
By Saturday Thing 4 had gone downhill with a sickness bug. That was the first glitch in our plans. He was off school until the Wednesday. However by Tuesday Thing 5 joined in with the sickness bug but with an added high temperature and cough. 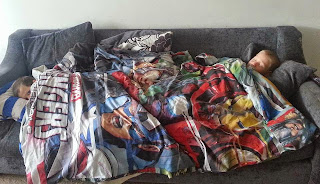 
On Tuesday I did manage to get out for the afternoon to the Babymoov change bag event whilst hubby stayed at home and looked after the patients. The event was great and all details can be found on my previous blog post from this week.

So by Wednesday we had Thing 4 back to school and it was my birthday. Thing 5 was still suffering terribly but we bundled him up and we went for birthday lunch at my parents. Thing 5 slept on the sofa where we could see him and I enjoyed a lovely birthday lunch. The Babymoov change bag came in handy to carry everything we needed for a poorly toddler.

I had a lovely day followed by a cheeky Indian takeaway and then it was straight into preparations for Thing 1's 18th birthday. I had bought banners and balloons to decorate the house and still had to wrap the eighteen presents I had bought from him, what a silly idea! 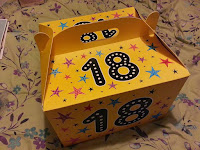 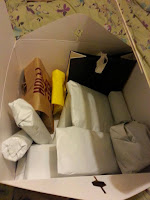 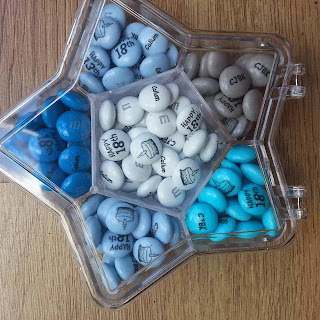 Thing 1's birthday presents including his personalised M and M's, bonus Mummy points for that purchase!


So Thursday was Thing 1's 18th birthday. Wow, I really don't know where that time has gone. He opened all of his cards and presents in the morning and we went out to Byron Burger for lunch, very much recommended by all. Thing 5 was still poorly so we called in a relative to sit with him so we could still take Thing 1 out as planned.


The OH then started feeling ill that afternoon. Our week really was cursed! Whilst the OH lay in bed I had more visitors in the evening to help eat some birthday cake. We had 2 huge, lovely birthday cakes that needed to be eaten. It was another lovely birthday day despite all the poorly patients. 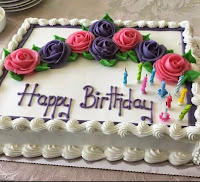 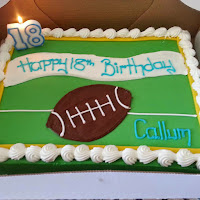 We had 2 huge Costco birthday cakes for all of the celebrations. If you have tried these cakes you will know how amazing they are. There is still plenty left too!

By the end of the week Thing 5 still wasn't well. We thought we would see an improvement by Friday but he really was suffering. His temperature was high, he was still sick and he was just sleeping or laying on the sofa unable to move. We decided to get him to the doctors and after a thorough examination he was given antibiotics to treat Scarlet Fever. His ears inside were red, his throat was sore and by the weekend he was so fed up. He had no energy at all and hadn't eaten for 5 days and couldn't walk. My poor bubba. 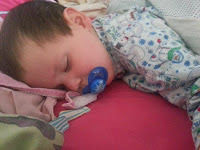 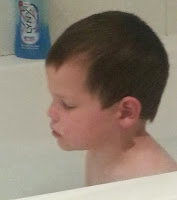 Poorly Thing 5. The picture on the right was on Friday when he fell asleep sat up in the bath.


So today the OH declared that he is going back to work tomorrow for a rest. Thing 5 has perked up considerably today although he still isn't 100% and what was meant to be a wonderfully relaxing birthday week didn't quite turn out as planned! However, that's the way life seems to go but we still had some enjoyable birthday celebrations, and lots of cake,  amidst the chaos. 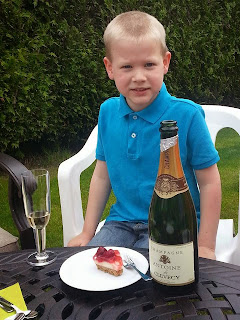 A final day of birthday celebrations on Sunday. A nice afternoon in the garden with cake and champagne!