We recently received some lovely letters from the Lapland Mailroom website to review.

My children are getting really excited about Christmas now. The countdown has begun in our house and so receiving the letters was a real boost for them. I'm still clinging to the hope that my 11 year old enjoys the whole festive build up of Santa coming, letters arriving etc... but I know I am on very borrowed time with her. I am sure she knows more than she lets on but she hasn't said anything.

So the letters arrived and I put them to one side until the time felt right to hand them out. I gave our 4 year old his letter first. He was so excited to see the envelope with the From Santa postmark and official Lapland seal. I sat and opened it with him and read through the letter with him. It was so detailed and even included the name of one of his friends at school and what present he had asked for from Santa. 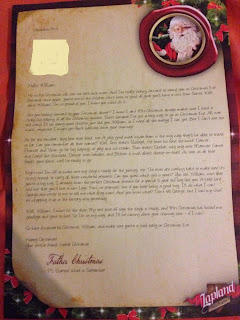 The letter also included some lovely activity sheets to colour in. Including a Santa Stop Here sign and a Christmas card. These went down with all of the children and the two girls got colouring straight away and produced some lovely neatly coloured signs to let Santa know he needs to stop at our house. 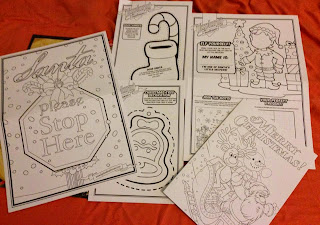 There is also a Nice Child List certificate in each letter with the child's name on which is fab.

I held back giving all of the letters at the same time. The other children looked at the letter we had already received and I said we would have to see if and when Santa was going to send them a letter. It helped a bit with behaviour, I did say that maybe he was waiting to see a bit of an improvement on the tidiness of their bedrooms before sending out a letter! 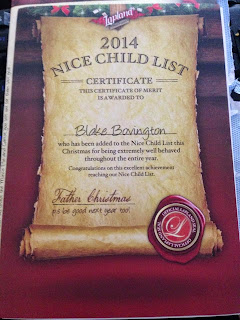 I only made it a couple of days before giving the two girls their letters. They were so excited too and sat quietly reading through their letters. It was good to add some personal details to each letter catering to each specific child. It also had their presents on the letter that they had asked for so they know Santa knows what they want. As I mentioned before, the girls particularly liked the activity sheets and they are all coloured in and ready for Christmas. Thing 3 has put her letter up on the shelf in her bedroom and takes it down to read again and again.

The letters are very well written, the paper is lovely and colourful with lovely detailing on it. The extra activity sheets are worth getting too as the children really enjoyed these.

On the Lapland Mailroom website you are able to view the letters before ordering and you can choose to purchase just a letter for £6.95, the Santa letter and activity pack for £7.96 and a Baby's First Christmas letter for £6.95.

These are lovely, well detailed and good quality letters and we would highly recommend getting your orders in to receive these wonderful Santa letters. 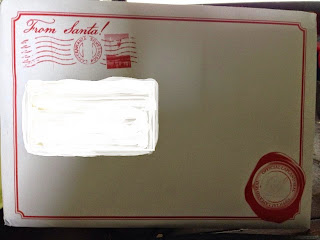 The envelope that each letter arrived in