Teaching our children right from wrong. Is something acceptable just because it wasn't as bad as what they could have been doing???

I am hoping that as I raise my children I am teaching them what is right and wrong. What isn't an acceptable way to behave and what is. I'm not going to get it all right, my children aren't perfect by a long shot. They misbehave, they play up. They are moody, grumpy and stubborn at times when there is no need to be. However, even after all of their little imperfections I would still like to think that I'm doing something right! 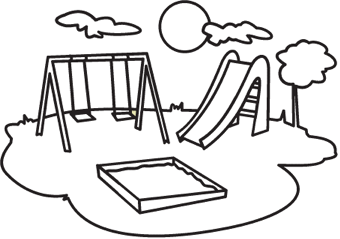 So I was slightly disappointed this week to visit the local park with the children and see that some other children had written on a piece of equipment at the park. Whilst it was only their names, nothing rude, no rude pictures etc.... I still don't think it's right. However, others think it's fine.

Others have said it's harmless, there's worse things going on to worry about etc.... but if you take that stance on it then surely it will be OK for them to go and do it again. For other children to go and do it because it was OK for these children to. Next time it could be rude words or horrible pictures.

So the conclusion of what I saw and observed is this. Some think it's OK and no need to worry because the local council will sort it but at the local taxpayers expense. There is no need to deal with the children that did it because they didn't do anything wrong and we shouldn't worry about what they did because there is so much more to worry about,

I would also like to add that all of the girls in Thing 3's school got called into the hall last week because someone had written rude words on the walls of the girls toilets. The school think it's wrong and are obviously wanting to know who did it because this isn't right but the child obviously thought it was OK at the time to have done it in the first place.

So where do we draw the line, where do we say hang on a minute, this isn't right or ignore what they did because actually it wasn't like they were setting fire to cars or mugging old ladies. What they did was fine and there is no need to worry about it.

Do you think it was OK for them to write on the equipment at the park? If it was your child what would you have done?

I know mine would have been punished and sent straight down there to clean it up and learn from the consequences of what they had done.
Posted by Mumof5StaySane at October 13, 2014