My 2 year old is like a pinball whizzing around a pinball machine. Where do they get their energy from?! One worn out Mummy, one not so worn out toddler!

I was watching Thing 5 the other day and he wore me out just from watching him! 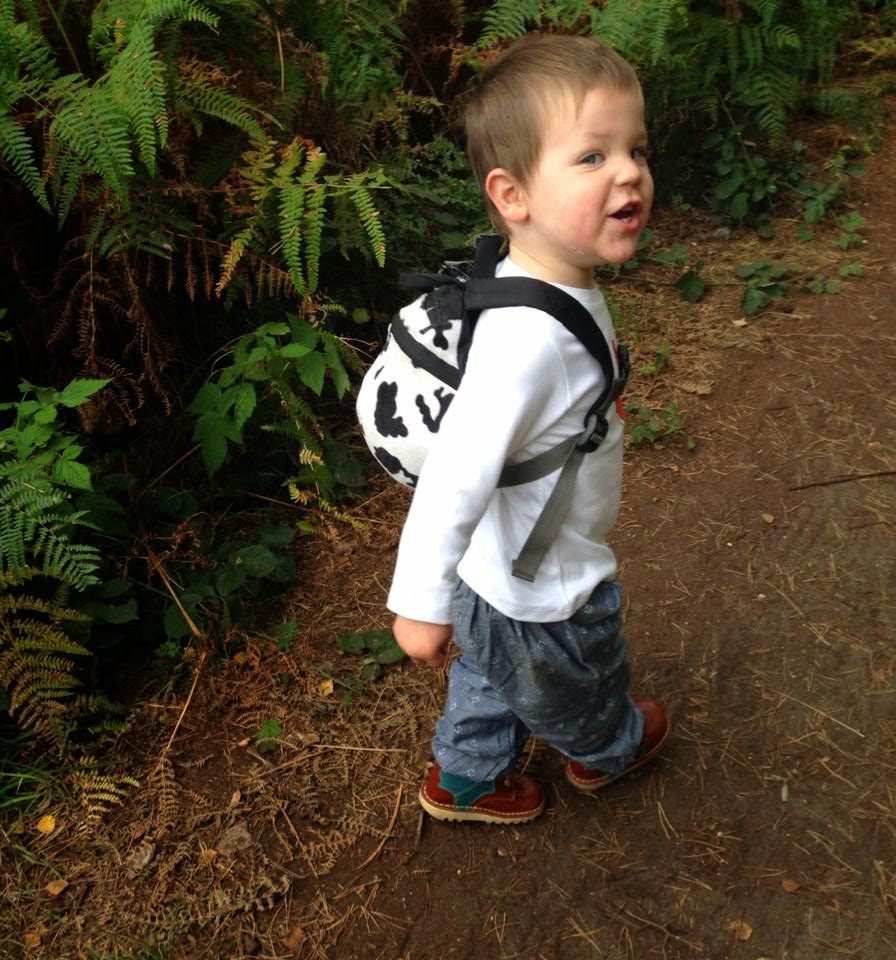 This is his 'cheese' face!


I allowed him to walk on the school run. That was my first mistake. He has been walking for a while now and loves to be let out of the pram but he isn't ready to be walking all of the time. He was everywhere! Walking on the neighbours front gardens, stopping to pick flowers, walking back the way we had come from, stopping, running, trying to go in the road, running after a dog he had seen in the woods, trying to stroke the cat that just walked past. The walk was painfully slow. 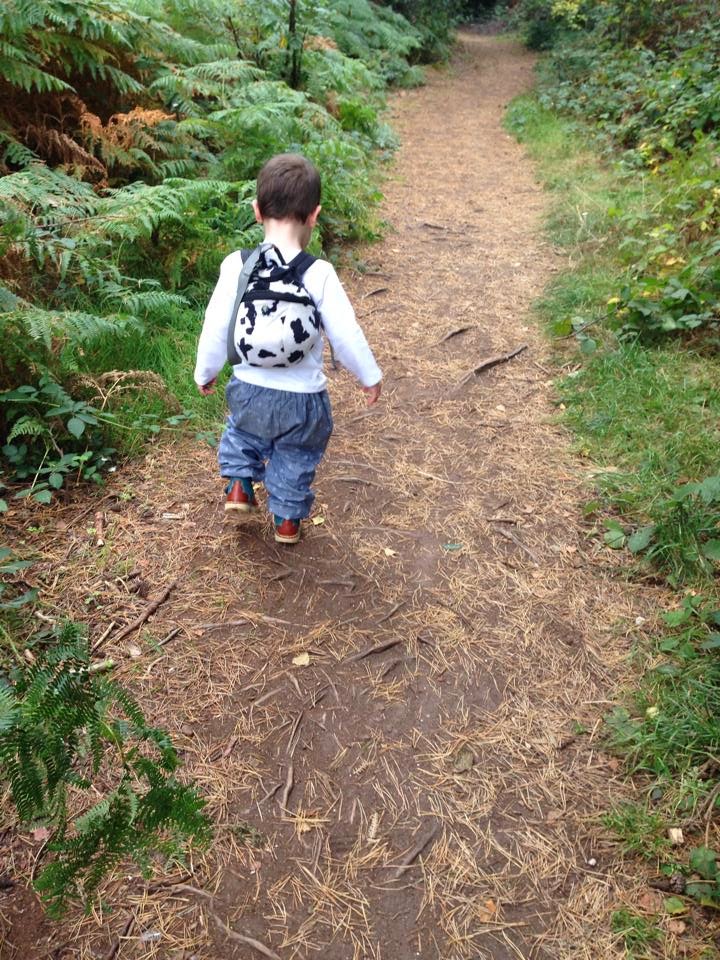 Already 'on the run' through the woods


Had it just been a general 'we were in no rush to be anywhere' kind of walk it would have been OK, I would have let him run free and explore the woods that we were walking through. This was the walk to school, we had somewhere to be and we had limited time. I was stressed out. Thing 5 was as happy as could be. I was tired out watching him go from one place, to another, to another. It was like there was so much to do and so little time to do it in.I'm all for little ones running free as and when they can. As you can see from the pictures he has a LittleLife backpack and reins set but I try to limit the use of them when I can. Only when we are walking along the paths near the road will I hold on to him.

It was like when you first flick that pinball in the machine and you watch it bounce wildly around inside hitting all of the different targets in the playing field, he was exactly like that.

We had to be at the school for the Macmillan coffee afternoon so as I hurried him along with the promise of cake and I was glad when we arrived at the school. However, after buying tea and cake and trying to sit and eat the cake and drink the tea he was not up for sitting still. The chocolate cake didn't entice him enough to sit still for a few minutes and we made a hasty exit to the park next door to the school. 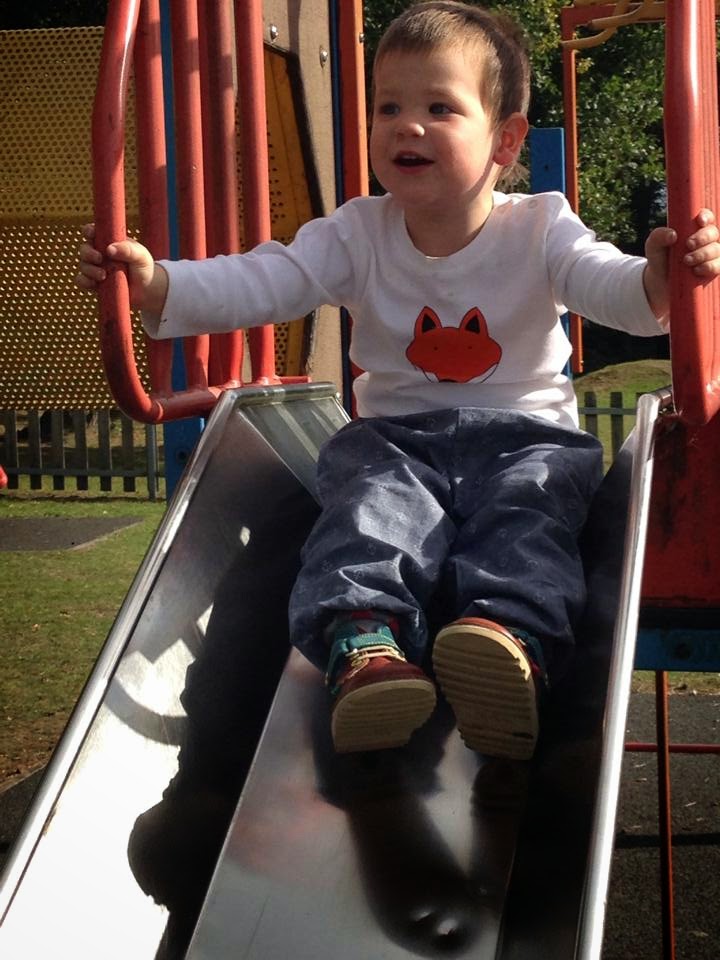 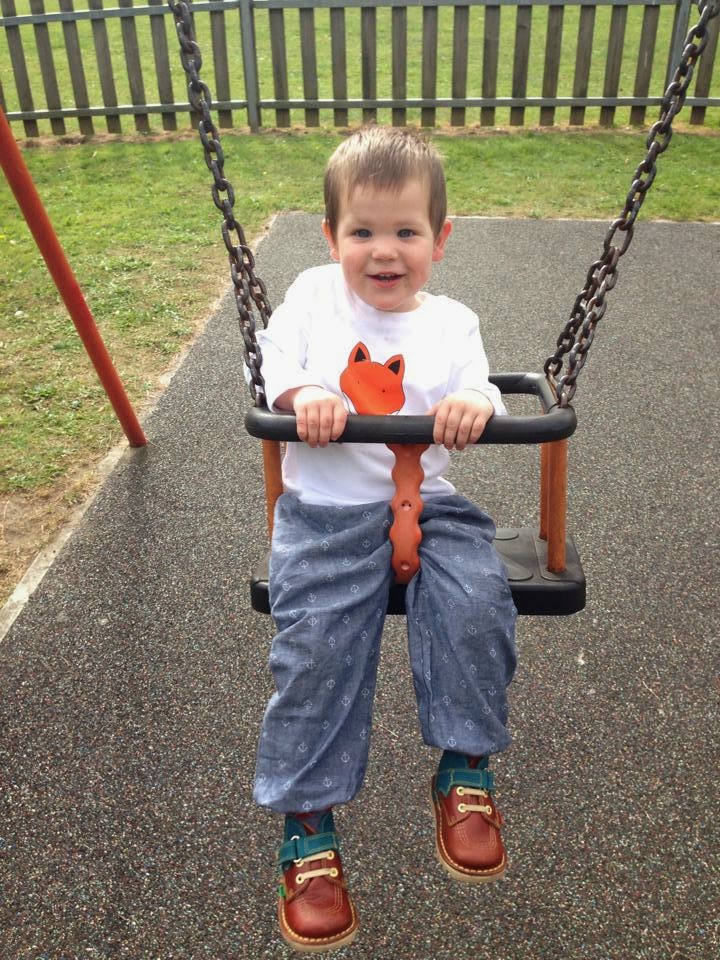 He wanted to go in the swing, phew. Five minutes of sitting still whilst Mummy pushed him backwards and forwards. At least he was in one place for a few minutes. Then it was time to do the school run and he was off again. Two school pick ups and a walk home and I was glad to get through the front door. Slightly more stressed than I wanted to be. Thing 5 was not worn out at all.

So, lesson learnt! Don't let Thing 5 walk unless you are in no hurry to be anywhere. If allowed he would spend the day running freely through the woods picking flowers, chasing dogs and feeding the ducks. Those days are good. For now I will keep the pram and never go anywhere without it!
Posted by Mumof5StaySane at September 28, 2014

Email ThisBlogThis!Share to TwitterShare to FacebookShare to Pinterest
Labels: adventure, growing up, toddler