Relying too much on having your phone close to hand rather than concentrating on the things that really matter. Reducing 'tech time' for everyone.

I am one of those people I will be the first to admit it. It's constant phone checking, checking emails, checking FB and Twitter. The constant need to see what's going on, what others are up to. For me it's a constant link to the outside world when you are stuck at home with 2 young children.

However, it wasn't always like this. I should be taking those two children and going out and meeting people or if it's a day in we should be in doing something productive. How times have changed though. If my parents went out for the day they were uncontactable until they arrived home at night. If we as children went out we gave a specific time we would be back and that was it.

If we went out to a restaurant with friends we all had each others undivided attention throughout the whole meal. No football scores checking or making sure the babysitter is getting on ok. No googling to check that what you just said was right, usually because your relaxed night out for a bit of gossip has been turned into a heated debate fuelled by alcohol and everyone at the table is right!

I was sat in my parents garden at the weekend enjoying the sunshine. My Nan turned up for afternoon tea and as usual she had brought her crossword with her. This is a crossword that has been puzzling her all week. She's done a good job so far but she's stuck on the last few and she HAS to finish it. So we were all sat around and the crossword gets passed from one person to another. Making myself sound really old I'm going to say 'Back in the day...'! However, back in the day you would all have a go at the crossword and hopefully finish it for her but if you didn't you had to wait for the next weeks magazine to know what the answers were. There I was with my phone in my hand checking the answer to the last part of the crossword she needed to complete. Cheating, actually cheating!! Rather than using my brain, or anyone else using there brains. I know it meant that my Nan could put the crossword down as she loves it when it's finished but that wasn't the point!

Also in the evenings I often sit and look around at what everyone is doing. Two children on their iPods, one on her Kindle, one on the Xbox and the OH on the PC. I'm usually watching TV or using my phone or the laptop to write a blog post etc.... Where is the family time? The time where there was only one TV to huddle around and only 4 channels to choose from. The board game evenings because those four channels had nothing to watch on, or heaven forbid that we might actually sit and talk about our day instead of tweeting about it or updating our FB status telling everyone else instead.

So I'm calling the shots. Restricting tech time and more family time. You don't realise it until it's too late and you're all sat in different rooms of the house staring at PC screens or creating Minecraft worlds, flying imaginary space craft through a made up world full of grown men who I'm sure think it's real whilst you talk over mic's to people who you've never met but you have more conversation with in an evening than you do with anyone else in your own home. 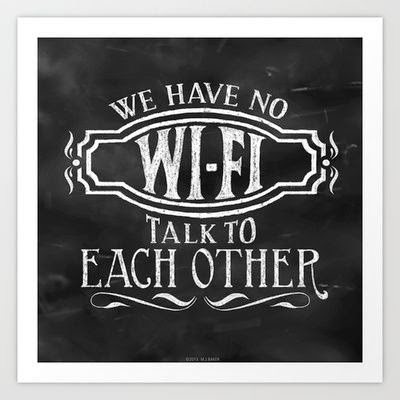 It's madness, it's unsociable and it's not healthy. Everything in moderation they say, that includes tech time!