Feeling like a Mum who has conquered the world, all because I stuck to a new bedtime routine for Thing 4! I have my evenings back!

Ok, so first of all I should probably say that I shouldn't speak too soon. It's Day One in the 'regain control at bedtime' house! Over the past few months, or even longer than that, we have lost our evenings because it is spent sorting out various children who refuse to go to sleep and keep getting up out of bed. Thing 4, aged 4, is the worst.

Recently the earliest has been around 11 o'clock that he falls asleep. Some mornings we have found him asleep in his big brothers bedroom and most other mornings if he is in his bed he then sleeps in until 10.30 because he is so tired from the night before.

As a Mum I know this is unacceptable for a 4 year old. Some evenings we would give him his iPod to play on in bed in the hope it might just keep him in his bed, but then he's not going to sleep even though he is tired. Recently though he is just constantly up and down over anything. I want a drink, I need the toilet, I don't like the dark, someone left the light on. The list goes on! He insists he needs the toilet only 2 seconds after he has just been or after you have just put him bed for what feels like the millionth time of the evening.

So, the late nights were really getting to me. We lost our evening of peace, that we really needed!

Tonight I sat Thing 4 down and showed him a star chart I had made him. He gets a star for each night that he stays in bed nicely. I went through his bedtime routine with him and laid down the rules of no iPods etc... Bedtime went well, I read him a story and made sure he used the toilet. I stood outside his door as I knew he would start getting up straight away. I fell back on the well used method of putting him back in bed without talking to him and walking straight back out again. To my amazement this only lasted about half an hour before I felt I could retreat further than the hallway. I was sure he was still awake and I imagined any minute that I would see Thing 4 stood at the front room door. He didn't surface! I had to go and check that all was ok and he was asleep, yay!

I can imagine that we will have the same routine tomorrow and it may be worse than it was today and I am sure it will take a good few weeks or more too. Until then I am happy to take my seat at the top of the stairs whilst he decides whether to get up or not.

I am feeling really positive today. This is one thing I really needed to get on top of as the late nights and messing about were really getting to us. I have enjoyed my quiet evening with children in bed when they should be and I look forward to many more evenings like this. It won't all be plain sailing but a good first night has put me in a very positive way.

However, the OH is on his own tomorrow evening. If I don't crack sleep time before I go out I would like to think that he will carry on with putting him back in his bed and not talking to him otherwise he will blow the whole operation!!

I will hopefully report back on a successful week. 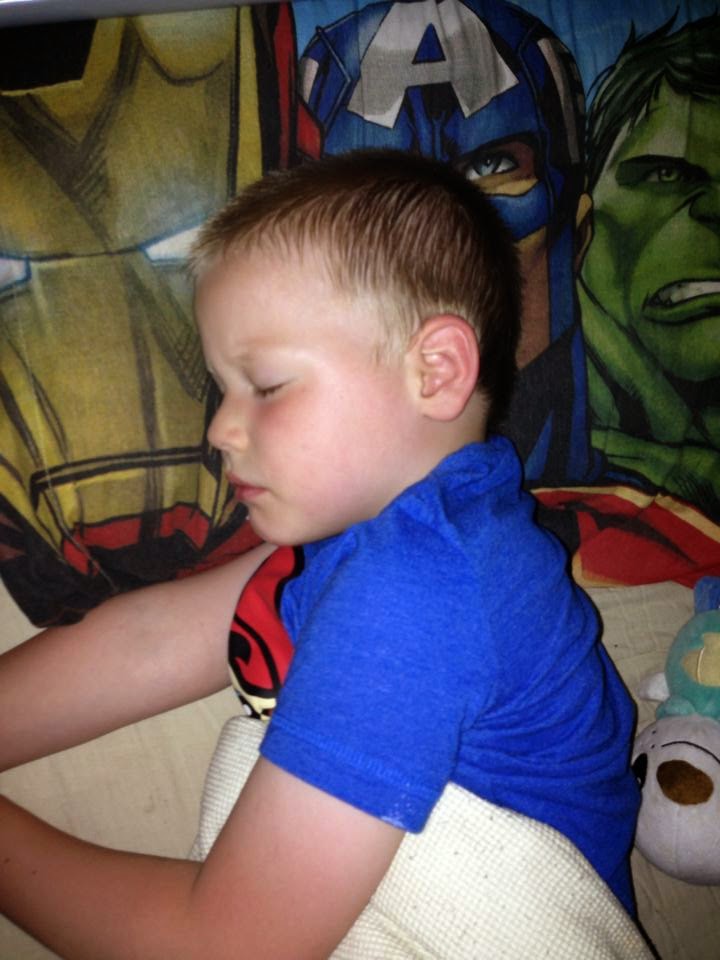