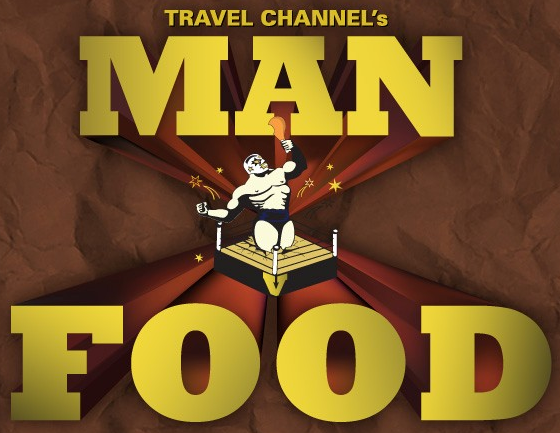 Today I realized that my failings from this week at losing weight cannot go unnoticed. I'm not going to sweep the dinner out on Sunday and the Burger King meal that I ate yesterday under the carpet and pretend they didn't happen, because they did.  I need to face up to my failings and slap myself around the face and then move on. I will also remember this week that when I get weighed in at my weekly meet it's my fault and no-one else's that the scales aren't telling me what I want to hear as they cry under the weight of all the bad food I ate.

Today whilst doing my morning check in on Facebook I came across a picture of Adam Richman of Man V. Food fame. It was a before and after shot of him since he retired from Man V. Food. First of all, he looked goooood. Not that he didn't before, he was fab, we watched religiously as he chowed down on every food imaginable in immense portion sizes. My husband wanted to be him, my children couldn't believe how much he was eating and I drooled over most of the gorgeously scrumptious dishes he ate. I didn't envy the portion sizes at all and we were always dumbstruck at some of the speeds he put in when consuming these meals too. We all wanted to be on Man V Food, come on who wouldn't. I'm sure I would love to sit and eat my entire body weight in fries and philly sauce with bacon on the top, but I wouldn't (and couldn't!). 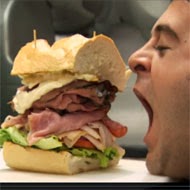 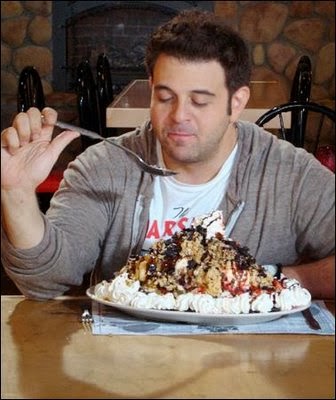 
Of course it's understandable that if you retire from hosting a show like this that you are going to lose weight. Unless you still live a Man V. Food lifestyle on a day to day basis of course! However, this isn't just from retiring from the show. He has put a lot of hard work in too and coming from a place where you hosted four years of epic food eating for the whole world to see, I am sure it's hard to break a habit.

This is the same for all of us I'm sure. As this week proved I have found it hard to break the habit of saying No when I go out for a meal, as my picture of my pudding from Sundays meal out proves. We need to program in the changes, we need to learn to take the healthier option rather than deny ourselves completely. I'm not going to sit and munch on lettuce for the next few months to lose the weight I need to because I'm not going to continue the lettuce diet for the rest of my life. I would lose weight, start eating normally again and it will go straight back on. I need to eat properly and at sensible times. I need to learn to pick the piece of fruit when I'm hungry rather than the 20th chocolate bar of the day and I need to sometimes actually think if I am really hungry or just bored! 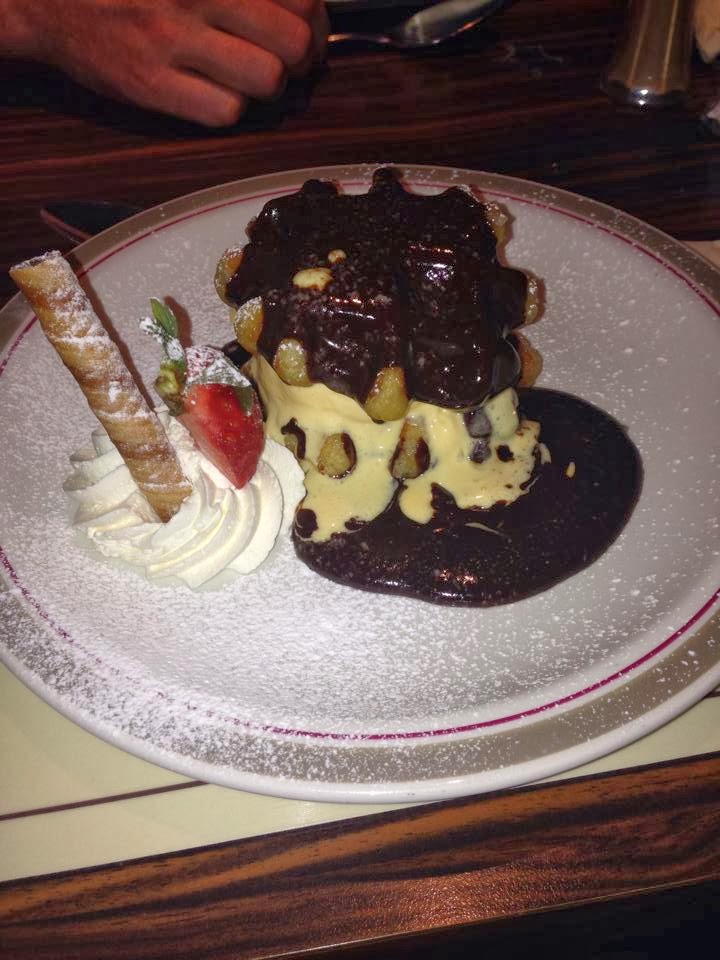 
Adam lost 60lbs by following a healthy eating plan and adding in some exercise. He cut out white flour and dairy from his diet and stocked the cupboards full of healthy snacks. The results speak for themselves with the before and after pictures. He also says that his health has improved too which is great. 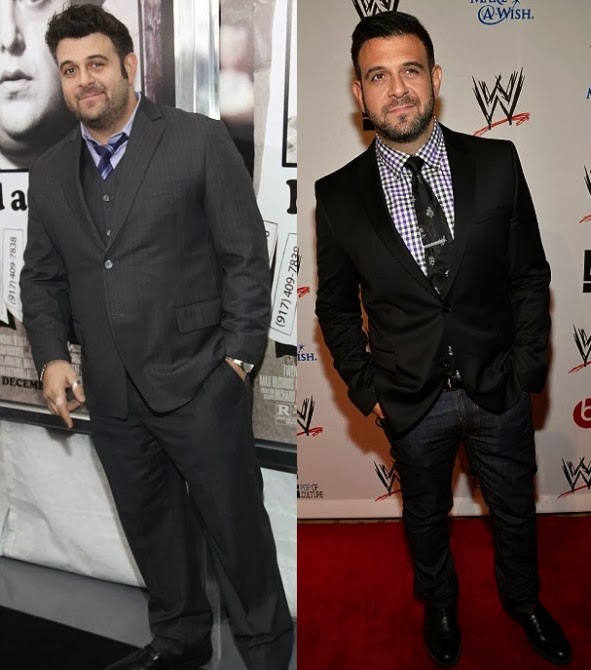 
Before everyone starts telling me that hundreds of thousands of people have done this every day. I know they have and they are all just as inspiring. Our SW group leader lost an amazing 4.5 stone and another lady in our group has just reached her 3 or 3.5 stone goal. There are always inspiring stories in newspapers and magazines and I always read them and go 'Yeah, I can do that' when in reality it's harder than it looks. Not because we can't do it but we need to have the motivation, the encouragement, the reason to do it or the willpower! As I have proved this week, I have none.

I did go for a run the other night. I didn't get far but I tried at least and I went further than if I had kept my butt sat on the sofa all evening like it usually does. It's a start and I need to build on it. I have also started doing the 30 day shred which I can do from the comfort of my own living room. You don't have to join gyms or various different classes if you don't want to. Small changes could lead to bigger results eventually.

That's if you stick to the plan and don't Man V's Food your way through a meal out and the entire contents of Burger King like I did!

Well done to Adam Richman and to all the slimmers and dieters that have more willpower and determination than I do.

Gives myself a 'Must try Harder' stamp for my efforts.

Adam Richman doesn't resent his old job and when he watches past episodes he doesn't look back with regret. He is now set to host a new show called Fandemonium due to air on the Travel Channel on Sundays at 10pm looking at the wildest fan gatherings across the nation but doesn't involve him consuming large amounts of food!

(Although if we could meet up and swap slimming tips over a salad take out I wouldn't say No!) :-)
Posted by Mumof5StaySane at February 04, 2014