DISNEY PLANES MOVIE SOUNDTRACK REVIEW, Another must see from the Disney film studios and soundtrack from Walt Disney Records 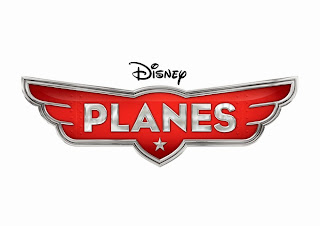 Today's review is for the Disney Planes movie soundtrack. As with all Disney films they never fail to deliver. We thoroughly enjoyed the likes of Cars and Cars 2 and so we knew Planes was going to give us the same excitement and laughs too. For boys, girls, Mums and Dads of all ages it is a must see and the soundtrack that goes with it is just as well thought through.

From above the world of "Cars" comes "Disney's Planes," an action-packed 3D animated comedy adventure featuring Dusty (voice of Dane Cook), a plane with dreams of competing as a high-flying air racer. But Dusty's not exactly built for racing—and he happens to be afraid of heights. So he turns to a seasoned naval aviator who helps Dusty qualify to take on the defending champ of the race circuit. Dusty's courage is put to the ultimate test as he aims to reach heights he never dreamed possible, giving a spellbound world the inspiration to soar. 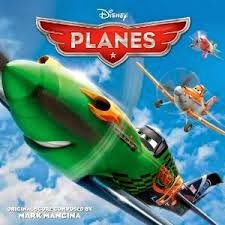 Hitting the cinema screens back in August 2013 it has already amassed a huge amount from box office sales and continues to do so, with the release of the Planes DVD due just in time for Christmas.

The Planes soundtrack album, released in August 2013 is jam packed full of amazing, catchy songs from the film. It features the original score composed by Mark Mancina plus 4 original songs and one bonus track.

With amazing 29 songs from the film this album doesn't fail to deliver. From the fast paced lyrics of Nothing Can Stop Me Now to the bopping, get you dancing tunes of Fly which really gets you thinking back to the flying scenes from the film. Running on Fumes and Get above the Storm also set the tone for the movie with the effort and gusto of the music tempo translating into what is happening in the film. With 29 songs to choose from these soundtrack will keep you dancing for a long time. There is nothing better than a good soundtrack to take you back to your seats in the cinema and take you through the whole film again whilst getting you on your feet and dancing at the same time.

If you don't have the soundtrack, get it. The songs are catchy, fun and fast paced and delivers what you would expect to hear to accompany the Planes film. A well composed score to a fab film.
Posted by Mumof5StaySane at October 10, 2013