Wow, what a lot to fit into one post. I thought I would start with Pandora. The perfect gift for Valentines Day, or birthdays/Xmas, or even Mondays, Tuesdays, Wednesdays etc....! It all started Valentines Day 2011, OH bought me my first bracelet. I was fed up of getting rubbish, useless presents and it gives people the perfect idea of what to buy on those special occasions. So I am now on my second bracelet, its started nicely and in a purple colour theme, unlike the first which is a mix up of all different colours! New charms due out soon too, just saying! ;-) 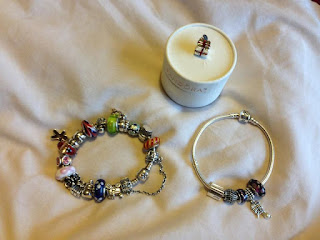 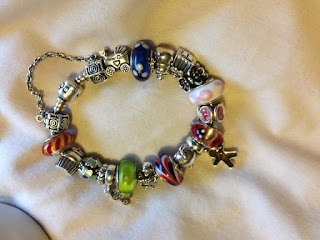 I also became apprentice giant cookie maker for the morning helping out the bestie with the huge amount of Valentines cookie orders she had to do, we made good progress and I had great fun. Her cookies are also fab for any other occasion too. www.GiantCookie.co.uk.


Prams, well I wouldn't know where to start when it comes to going through the endless list of all the prams I have owned, and don't know when to stop! As I said previously I could make a book out of all the prams I have had and what is right/wrong with them etc.... but I won't go on too much. Just need to say one thing at the moment, Maclaren and Bugaboo you are evil! Enticing us with new prams when I thought I was fine with the one I had. 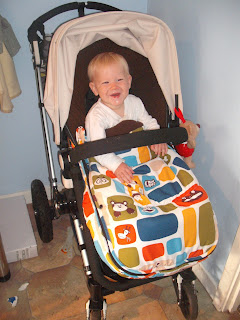 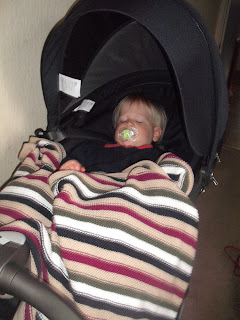 OH has just cooked the pancakes, he always was a good tosser and he proved that tonight! He told me not to be horrible about him on my blog, but I think I can just about get away with that one, as it's pancake day! ;-) DD1 smothered her pancake in golden syrup then jam, ewwwww. I knew that I would see her in the kitchen 2 seconds later saying she didn't like it. Mum is always right! DS had pancakes at nursery and DD2 had pancakes at school so they weren't fussed on more pancakes at home.

And so onto puree. Yes it's that milestone in another of my children's lives when we make a mess! Now mine weren't born with a silver spoon in their mouths, a plastic one would have been good though. Also the ability to reach 6 months and know exactly what to do when the time came would be helpful. It seemed so much easier with the other 4 and I am sure I had started feeding them solids by now. However, Blake has other ideas and although he is happy to drink milk all the time he does seem to be waking up more frequently in the night at the moment and I think he needs something a bit more substantial inside his belly. So with bibs, bowls and spoons in hand I am going to try and become a domestic goddess and puree my own veg. Domestic goddess, lmao, it doesn't take a genius to puree some veg and fruit, it's the getting him to eat it that seems the hardest part at the moment. I feel pressured to have reached 6 months and he hasn't started, yet I don't want to force him and cause issues over it at the same time. Anyway, I am armed with a small food processor which is a very handy item to have and will start asap. I did try him last night with some banana yoghurt but he just give me this weird look as if to tell me that I was poisoning him!

Right, that's me for today. One more P word for today is PUB, yay! My one night of freedom a week, the day release from the nutty farm to go and try and make my brain engage into this thing they call thinking and knowing answers to questions. If you hear a loud whirring sound, it's my brain trying to work!
Posted by Mumof5StaySane at February 12, 2013